The High Qualification Commission of Judges of Ukraine seeks to have all 6,000 Ukrainian judges reappointed in less than a year. 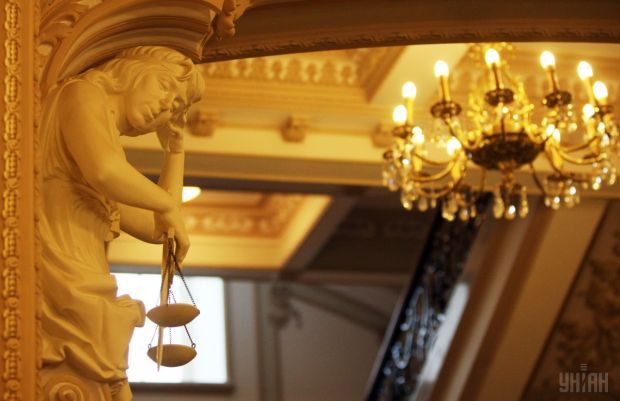 Ukraine's Public Integrity Council (PIC) says it is terminating participation in the re-evaluation of judges.

"At the 'conveyor belt' of judges, the High Qualification Commission of Judges of Ukraine (Commission) sets up pseudo-evaluation of their professional level and integrity. To prevent the public from interfering, the Commission, by passing amendments to the evaluation Rules, has technically 'ousted' the PIC from one of the main stages of judicial reform – re-evaluation of judges," the PIC wrote in a statement.

Therefore, the PIC decided to "cease its participation in the quasi-process of cleansing the judiciary".

It is noted the Commission seeks to have all 6,000 Ukrainian judges reappointed in less than a year.

Read alsoNew Supreme Court launches work in Ukraine, 3 new codes put into force"On March 23, one of the Commission boards managed to interview nine judges within 90 minutes. This only confirms that the qualification tests is a conveyor belt, set up with a single purpose of keeping the judges in their posts and reporting on the 'successful completion' of reform," the PIC said.

PIC members believe that due to this fact, the updated courts "will see anti-Maidan judges; judges who often visit the occupied territories, which threatens Ukraine's national security; judges whose wealth does not correspond to the income declared; judges involved in the adoption of arbitrary decisions that were subject of consideration at the European Court of Human Rights".

The Public Integrity Council is a body supposed to assist the High Qualification Commission of Judges of Ukraine in assessing the suitability of judges or candidates for judiciary posts to the requirements related to professional ethics and integrity.

Its negative opinions are to be included in the judges' dossiers.

The Public Integrity Council consists of 20 members, elected for a term of two years.

If you see a spelling error on our site, select it and press Ctrl+Enter
Tags:News of UkraineUkrainereformwithdrawaljudiciary