People are being taken from the flooded areas to a local hospital, hotel, and town hall. 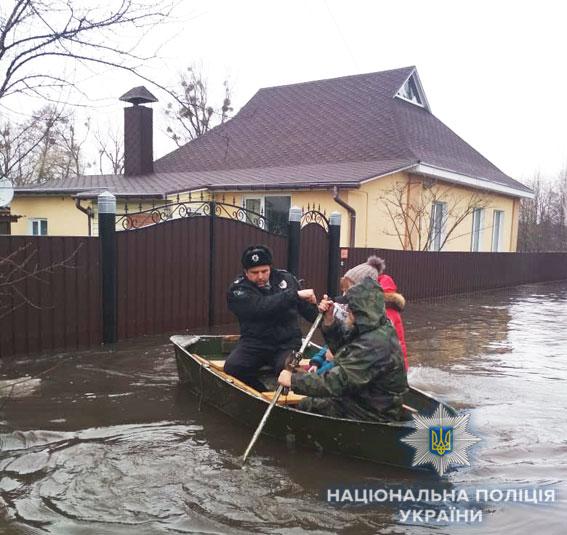 Over 40 people have been evacuated in the town of Akhtyrka, Sumy region, as a result of a sudden flood.

As the Department of the State Emergency Service of Ukraine in Sumy region told UNIAN, at 01:15 on April 2, the water level in the Akhtyrka River sharply increased as a result of intensive snow melting, which led to the flooding of households on 11 streets.

Thirty-seven people and two units of equipment of the 3rd State Fire and Rescue Squad of the State Emergency Service of Ukraine in Sumy region are involved in tackling the emergency.

People are being taken to a local hospital, hotel, and town hall.

Police officers, teams of the State Emergency Service and ambulance squads are working on the scene. The rescue operation is underway.

If you see a spelling error on our site, select it and press Ctrl+Enter
Tags:News of UkraineUkraineflood