The deputy charged with plotting terrorist attacks in Kyiv and a coup has demanded that she be allowed to study all evidence collected against her in an undercover operation. 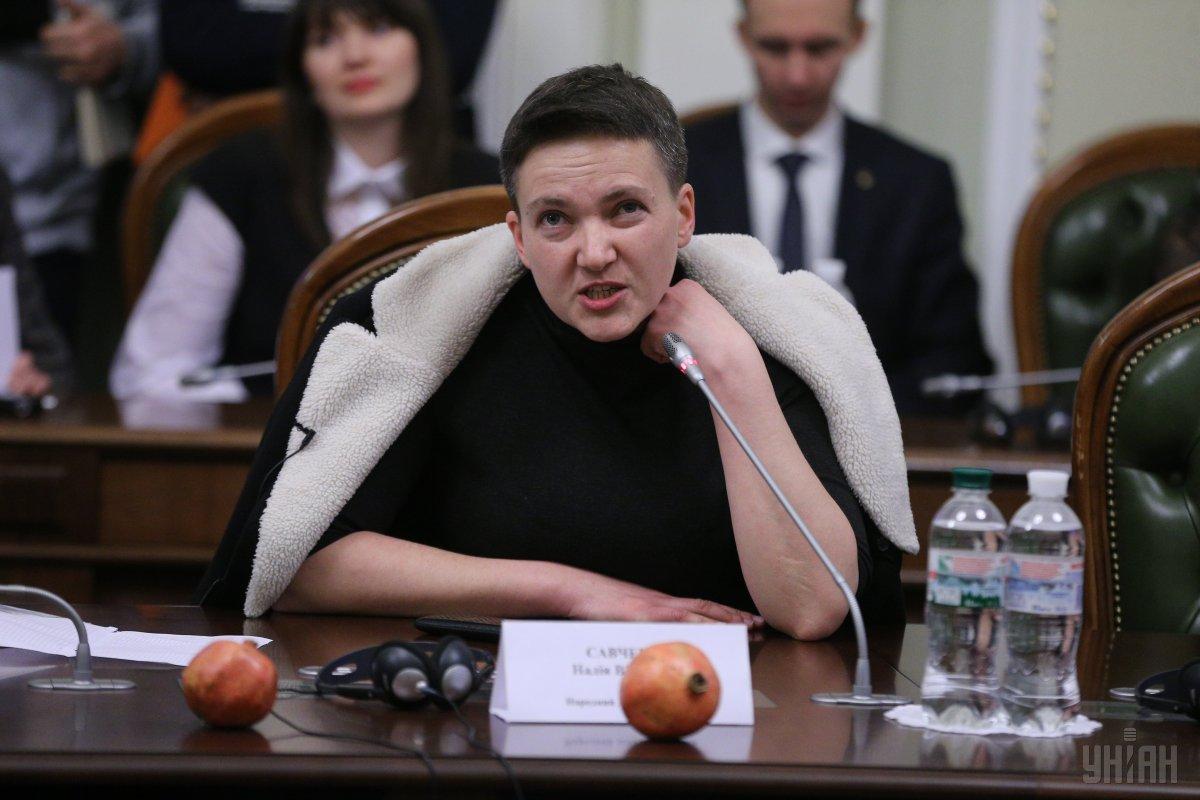 People's Deputy Nadiia Savchenko has refused to have her testimony verified with a lie detector, the Security Service of Ukraine's press center told UNIAN.

The SBU initially appointed a forensic psychological examination with the use of a lie detector in line with the requirements of the criminal procedural legislation to verify the veracity of the suspect's testimony regarding the charges.

Despite the fact that Savchenko earlier stressed readiness to testify only with the use of a lie detector, on the day of the appointed test she suddenly put forward a demand to be allowed studying all the evidence collected against her in an undercover operation, according to the SBU press center.

"The demand of the defense that we provide all materials available for the investigation for them to prepare for the test is not provided for by any article of the Criminal Procedure Code of Ukraine," the SBU stressed. "This is only an attempt to mislead the Ukrainian public and media about Savchenko's alleged interest in establishing the truth in this case."

Read alsoChief Prosecutor suspects Medvedchuk of plotting coup in Ukraine together with Ruban, SavchenkoAs UNIAN reported earlier, the Verkhovna Rada on March 22 greenlighted prosecution and arrest of MP Nadiia Savchenko, a former Ukrainian pilot who had been released from a Russian captivity as part of a PoW exchange effort.

Ukraine's prosecutors charged Savchenko of plotting a coup and an act of terror in Ukraine, following an elaborate sting operation by the SBU Security Service of Ukraine who initially targeted former hostage swap negotiator Volodymyr Ruban who is believed to have conspired with Nadiia Savchenko.

If you see a spelling error on our site, select it and press Ctrl+Enter
Tags:News of UkraineUkraineSBUinvestigationterrorismSavchenkocoup