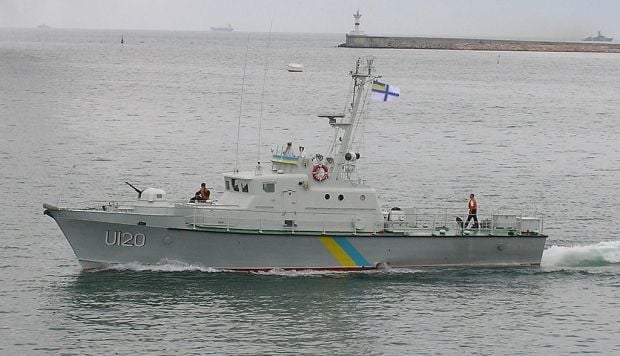 The SBU says the huge blast heard in the waters off Mariupol could have been caused by a Russian mine / Photo from wikipedia.org

Markiyan Lubkivskiy, an advisor to the head of the SBU, made the claim on Ukrainian television’s Shuster Live program, Ukrainian newspaper LB.ua reports.

According to the SBU, a loud explosion heard in the Azov Sea near Mariupol on November 11 could have been caused by a mine.

"In our opinion, the Russians are putting mines in the waters near Mariupol, first, to block the city from the sea, and second, to undermine the economic and infrastructure component of the region," said Lubkivskiy.

At the moment, the SBU is investigating the incident with the explosion in the Azov Sea, while admitting the blast could also have been an explosion on a Ukrainian fishing ship.

As earlier reported, the National Security and Defense Service of Ukraine has said it does not rule out the possibility that Russian troops and militants may attack Ukrainian forces from the sea in Donetsk region.

Earlier, the OSCE Secretary General Lamberto Zannier said that the activation of militants in the east of Ukraine may be evidence that they are preparing for military operations, especially in the area of Mariupol.