Fresh video has emerged on the Internet of Russian military equipment being moved through Russia’s Rostov region in the direction of Ukraine. 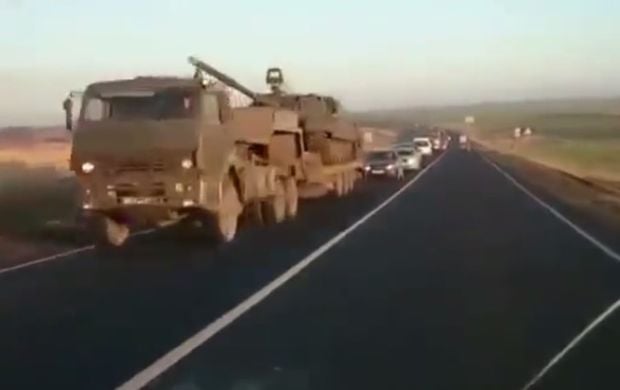 The video shows a column of Russian army trucks, including ones carrying tanks.

As the Information Resistance group of Ukrainian military blogger Dmytro Tymchuk reported earlier, Alchevsk in Donetsk region has recently seen the arrival of a large number of troops and items of military equipment, as well as the stockpiling of, ammunition, food and other supplies, which the group said were sent from Russia.