Shells that remained in the open area have suddenly detonated. 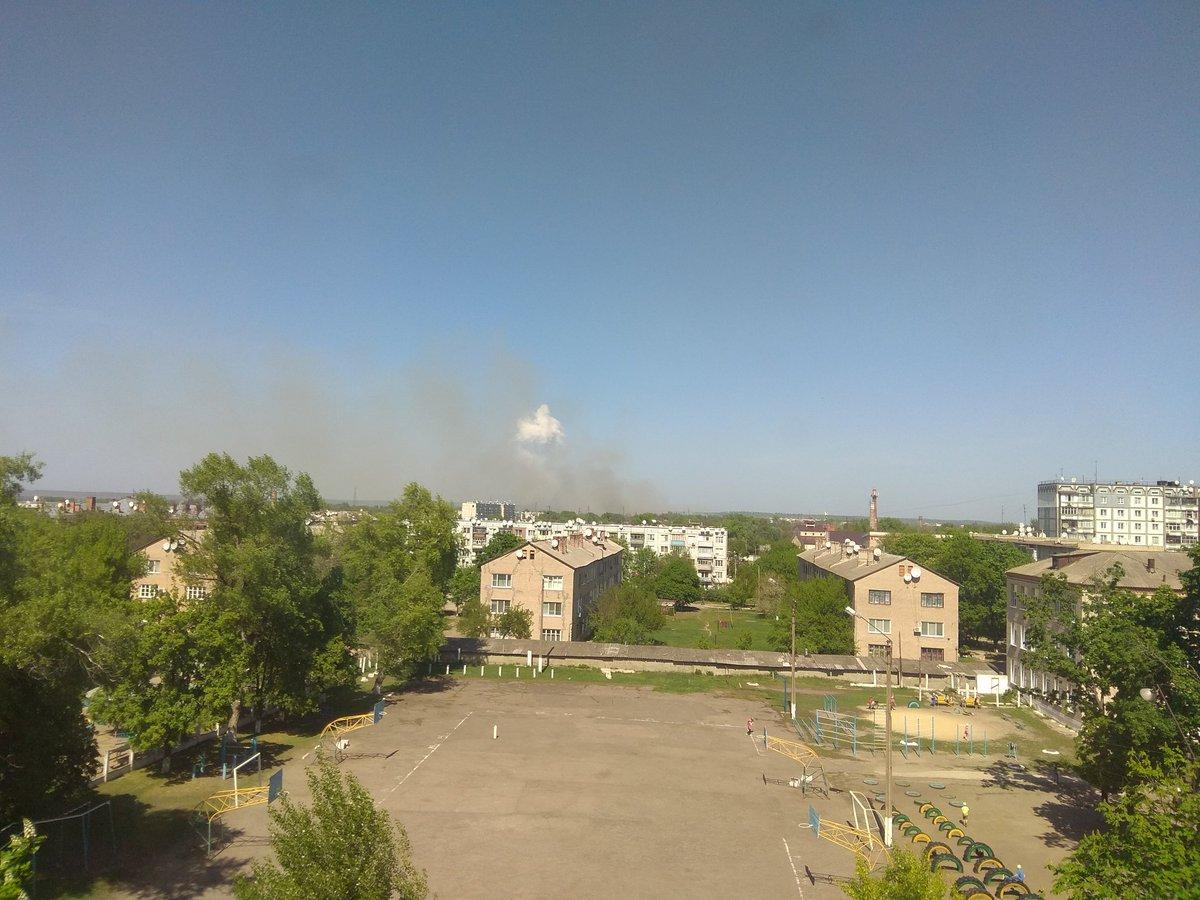 Munitions are exploding at a military warehouse near the town of Balaklia in Kharkiv region, eastern Ukraine.

Balaklia Mayor Ivan Stolbovyi confirmed the information to an UNIAN correspondent on Thursday, May 5.

According to the official, the planned demolition of munitions, which could not be taken out, was being carried out at the depot today.

Shells that remained in the open area have suddenly detonated.

Evacuation of residents (about 1,500) people from nearby streets is underway, the mayor said.

Read alsoBalaklia, nearby villages cleared from unexploded ordnance after March 23 accidentAs UNIAN reported earlier, a large-scale fire engulfed a military munitions depot in Balaklia, Kharkiv region, in the early hours of March 23, 2017. Mass detonations led to an evacuation of nearly 20,000 residents of nearby settlements. There were no casualties among the military, but one civilian woman was killed and several others were injured.

Law enforcers qualified the accident as an act of sabotage.

The Ukrainian government allocated UAH 100 million, or $3.8 million, to eliminate the aftermath of the incident.

Ukrainian Defense Minister Stepan Poltorak said that about a third of munitions remained intact in the Balaklia depot.

In October 2017, the Cabinet of Ministers allocated another UAH 100 million for measures to improve the security of munition storage facilities.

If you see a spelling error on our site, select it and press Ctrl+Enter
Tags:News of UkraineUkraineexplosionBalakliaammunition