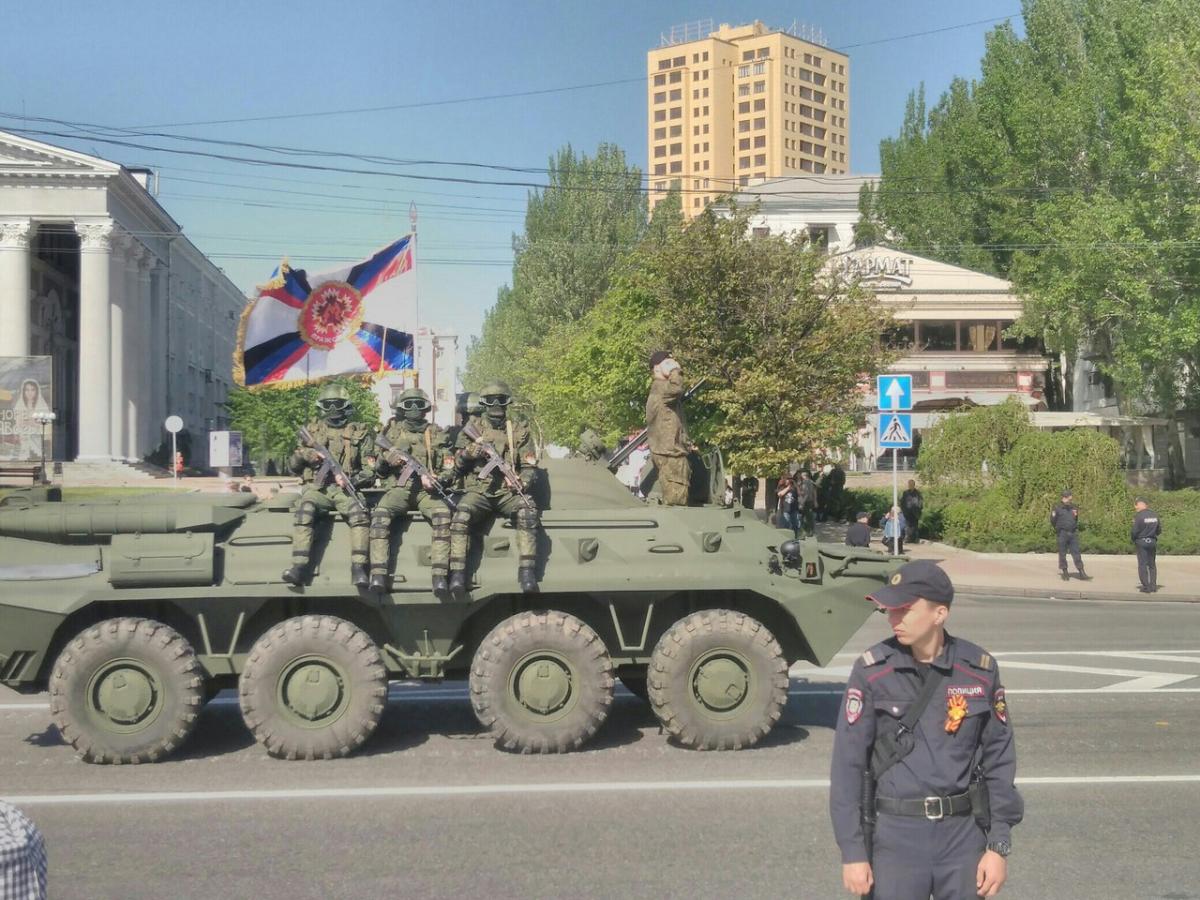 Russian-backed militants of the self-proclaimed "Donetsk Peoples Republic" ("DPR") held a rehearsal of a May 9 military parade dedicated to Victory Day over Nazism in World War II.

Photos posted by Typical Donetsk social group show Russian-made tanks moving along the streets of Donetsk. The city is decorated with "DPR" flags and so-called St. George ribbons, which eventually became a symbol of Russia's modern-day aggression against Ukraine.

More than 1,500 participants and 70 units of military equipment are expected to take part in the event, according to pro-separatists media.

Read alsoMay 9 parade in Russian-occupied Donetsk: Old aircraft, terrorists as "heroes"However, local residents expressed dissatisfaction with the parade holding, complaining over badly damaged asphalt on city's roads after the last year's parade. Donetsk residents say it would be better to provide veterans and all senior citizens with social financial aid rather than stage such "celebrations."

As UNIAN reported earlier, slippers with prints of Soviet soldiers are being sold in Russia on the eve of Victory Day. 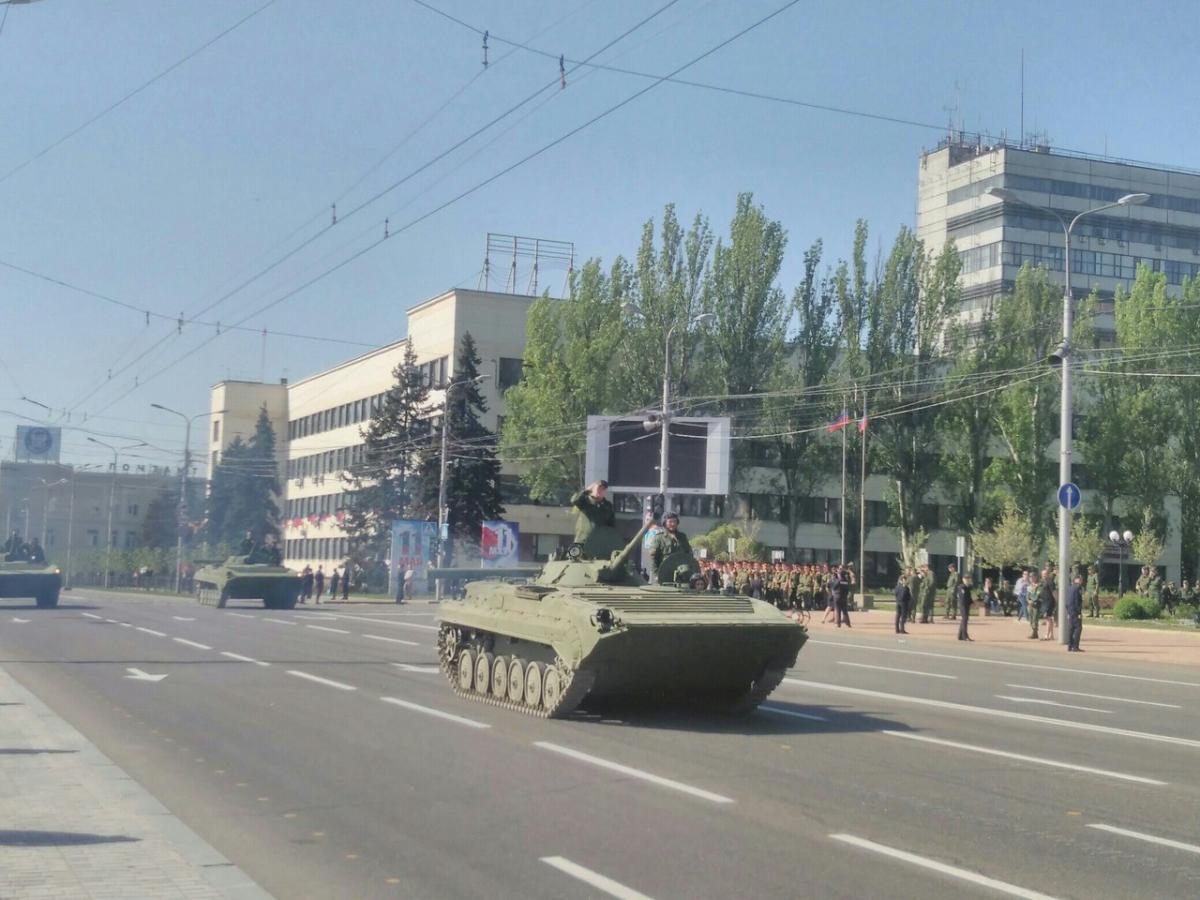 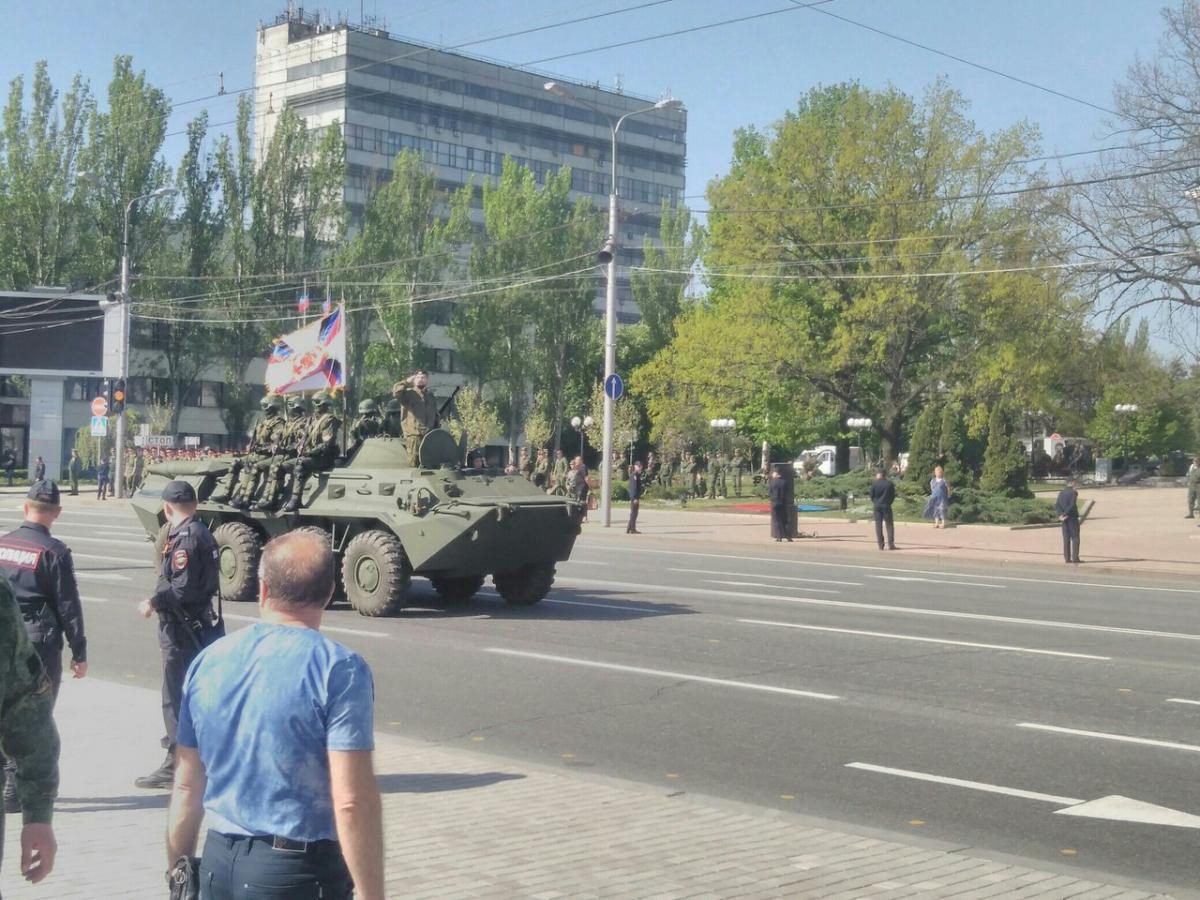 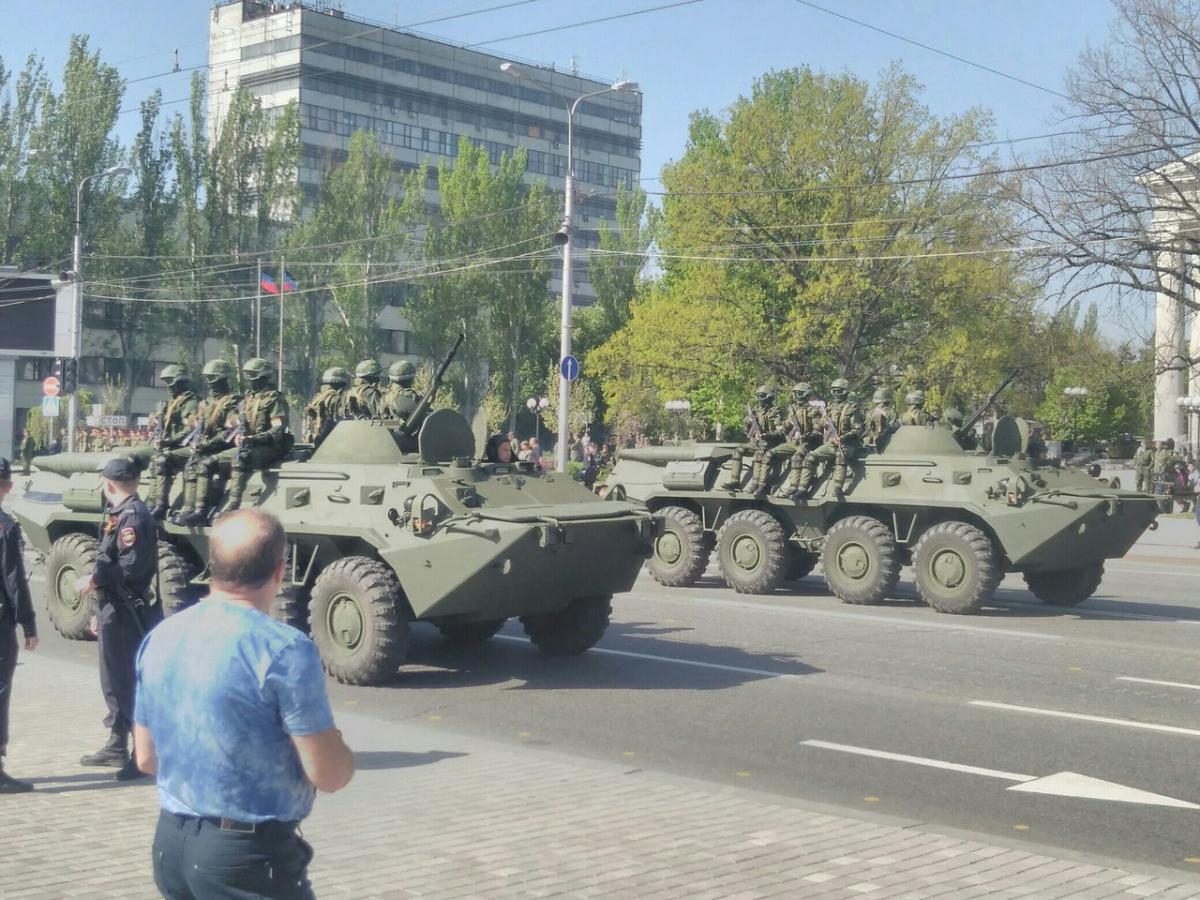 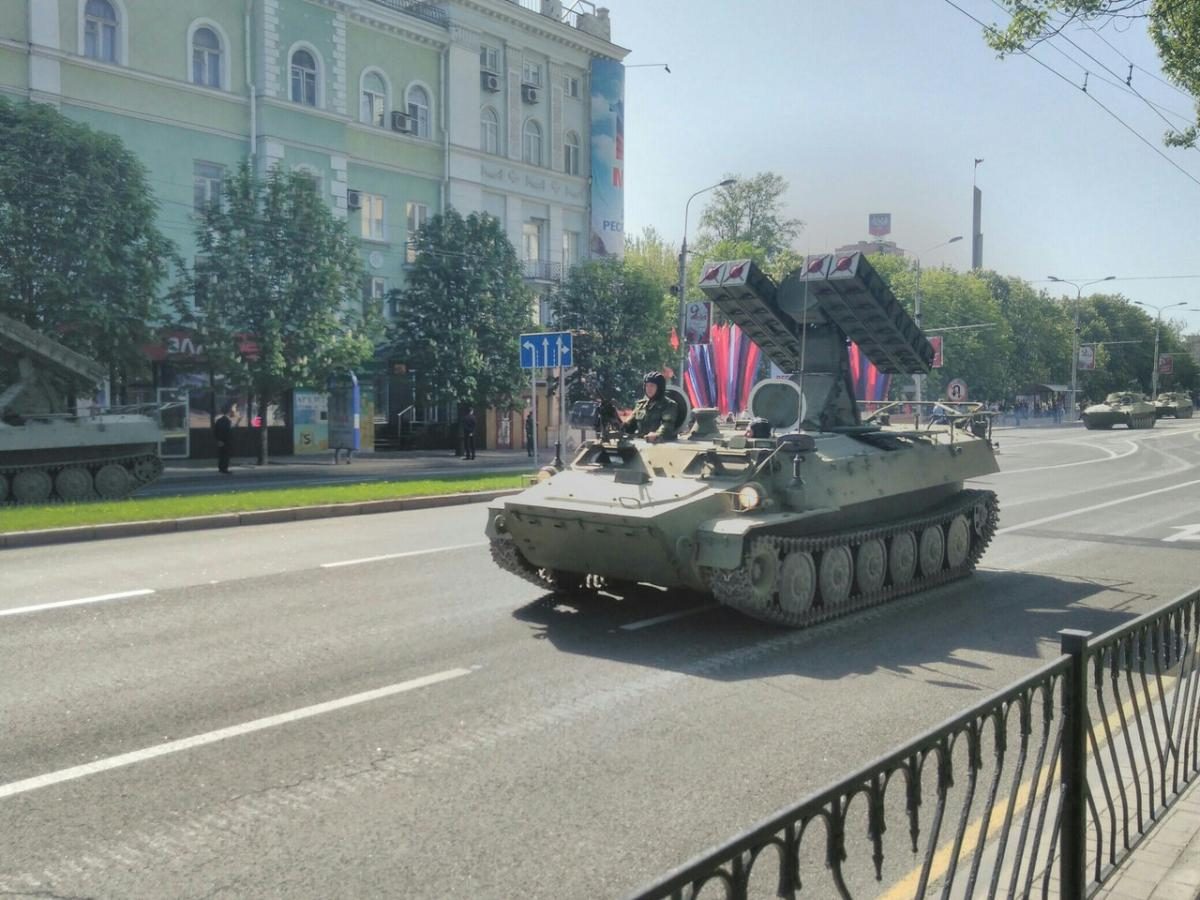 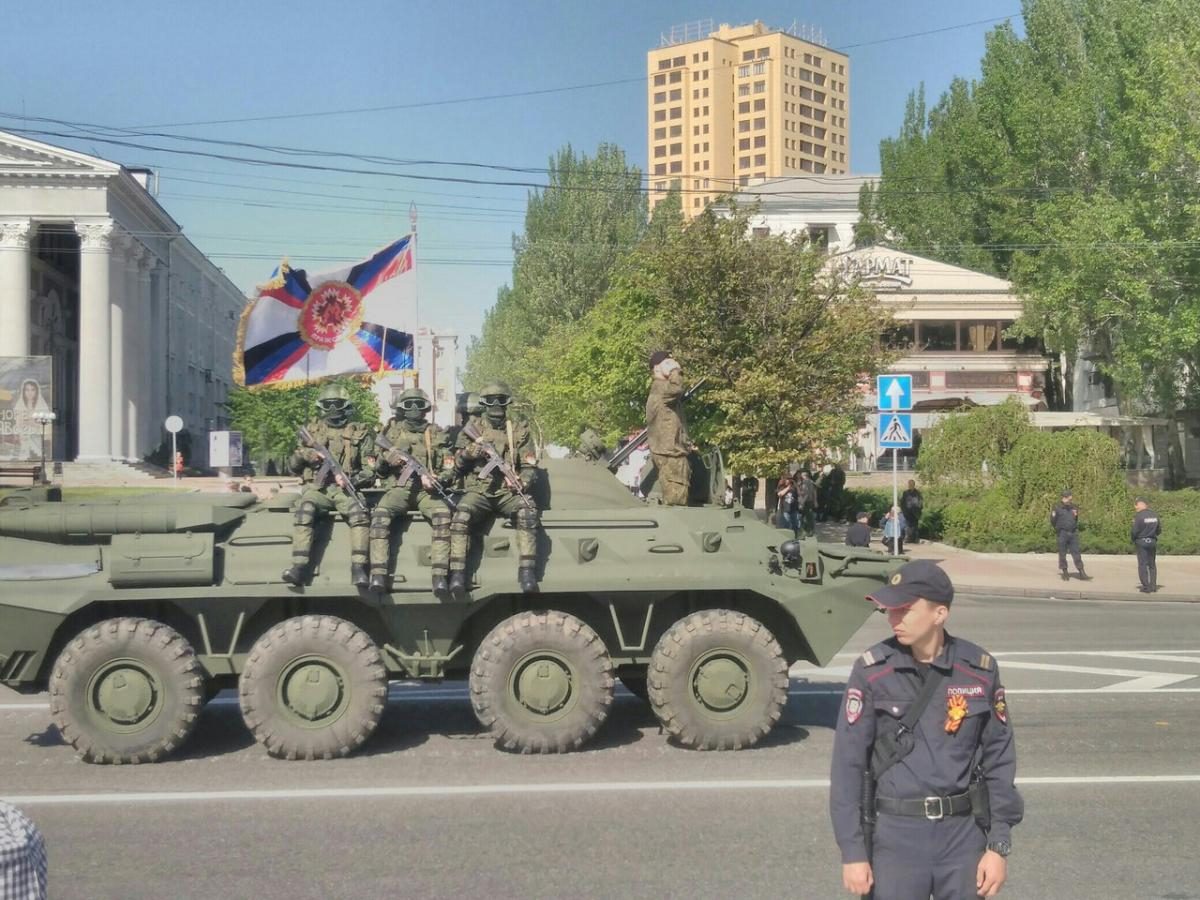 © Tipical Donetsk
If you see a spelling error on our site, select it and press Ctrl+Enter
Tags:News of UkraineUkraineRussianAggressionparadeDonetskoccupiedDonbas