Vorobyov heads the Kyiv office of Rossotrudnichestvo, a Russian state organization that promotes science and culture. 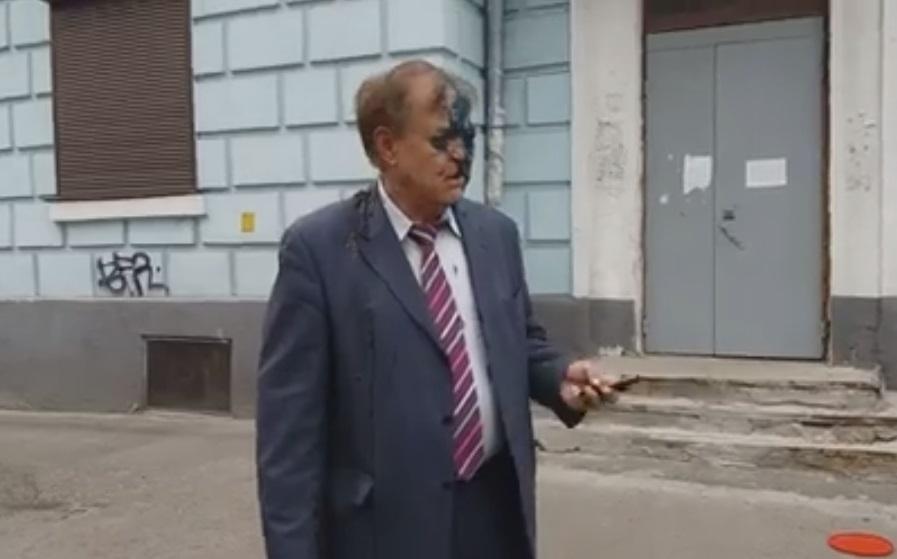 Rossotrudnichestvo's Vorobyov on May 9 / Screenshot

The director of a Russian cultural office in Ukraine's capital has been drenched with a bucketful of green antiseptic liquid mixed with feces, with a Ukrainian nationalist group saying it wanted to send him a message.

Much of the former Soviet Union commemorates May 9 as Victory Day to mark the Red Army's 1945 seizure of Berlin.

"We wanted to stop him celebrating and meeting his Russian friends," said Serhiy Masur of Ukraine's C14 nationalist organization, one of the groups involved in an incident last week where a Brazilian man who fought for Russia-backed separatists in eastern Ukraine was seized and marched through the streets to police custody.

A police patrol visited the scene of the incident, but no statement was filed.

Vorobyov heads the Kyiv office of Rossotrudnichestvo, a Russian state organization that promotes science and culture.

The antiseptic he was doused with, known as "zelenka," is frequently used in protests and hooligan attacks.

If you see a spelling error on our site, select it and press Ctrl+Enter
Tags:News of UkraineRussianationalists