Shakhtar now have a five-point lead over Dynamo Kyiv. 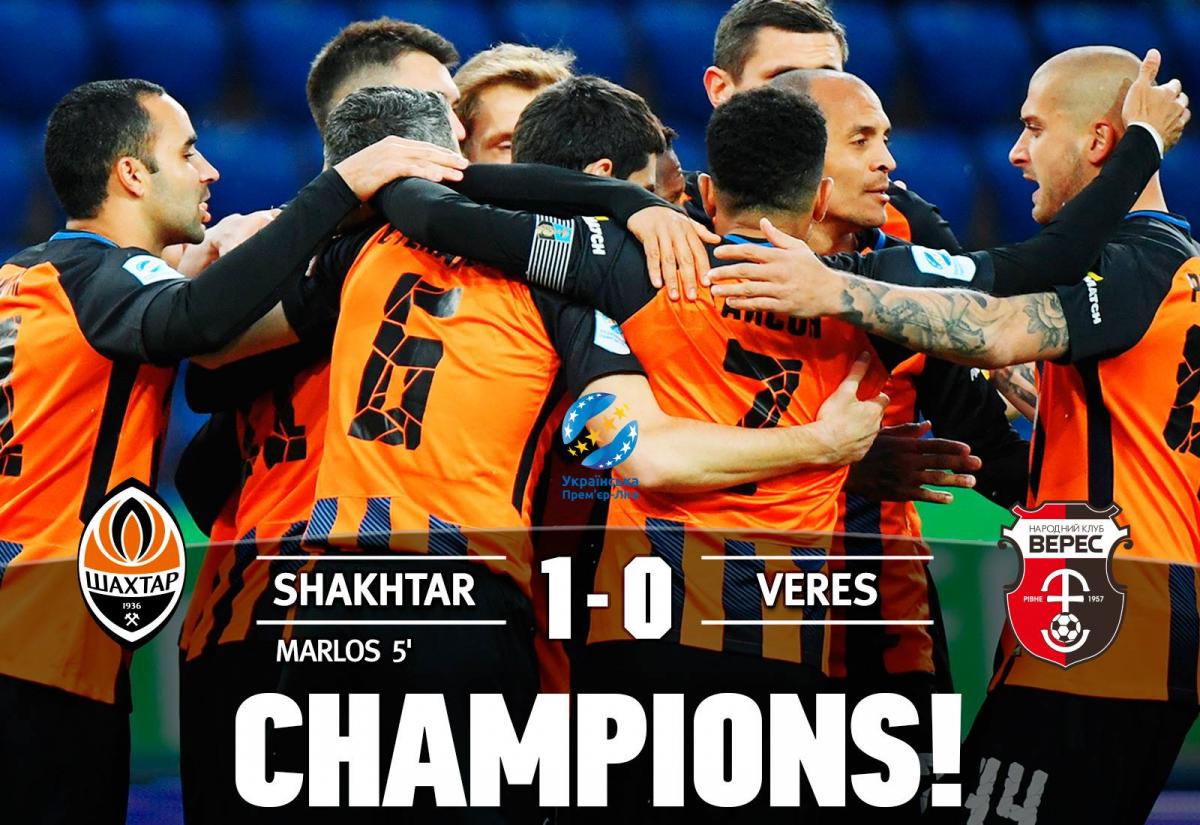 Shakhtar Donetsk have retained their 11th domestic title in a match with Veres Rivne with a 1-0 victory.

The match took place in Kharkiv on May 13, the Ukrainian Premier League (UPL) has said.

Shakhtar now have an unassailable five-point lead over Dynamo Kyiv with just one game to go.

The latter have won the domestic title 15 times.

This season, Shakhtar has secured the so-called "golden" double victory, having won the Ukrainian Cup and the Football Championship of Ukraine.

On May 9, Shakhtar won a record 12th Ukrainian Cup after a 2-0 win over Dynamo.