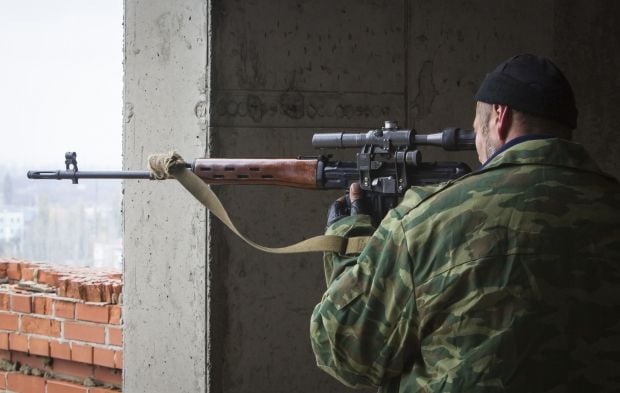 "The most difficult situation is in Luhansk region. The insurgents have fired our units near the Luhansk thermal power plant near the village of Shastya, and near the villages of Stanychno-Luhanske, Triohizbenka, Krymske and Olkhove. The explosions from artillery and mortar shells were heard near Krasnohorivka, Mykolaivka, Pisky, Avdiivka. The terrorists have also directed artillery fire on our soldiers in the Donetsk airport," the press center said.

There is also a tense situation at the checkpoints and observation posts near Chornukhyne, Vuhlehirsk, Popasna and Nikishyne, where the insurgents have repeatedly fired on ATO forces.

The press center also reported that the Ukrainian soldiers have destroyed a number of the militants’ firing positions.

"In order to destroy several weapon emplacements of the insurgents, the ATO forces performed 47 firing operations," the press center reported.