Vyshinsky has a medal "For the Return of Crimea" from Putin. 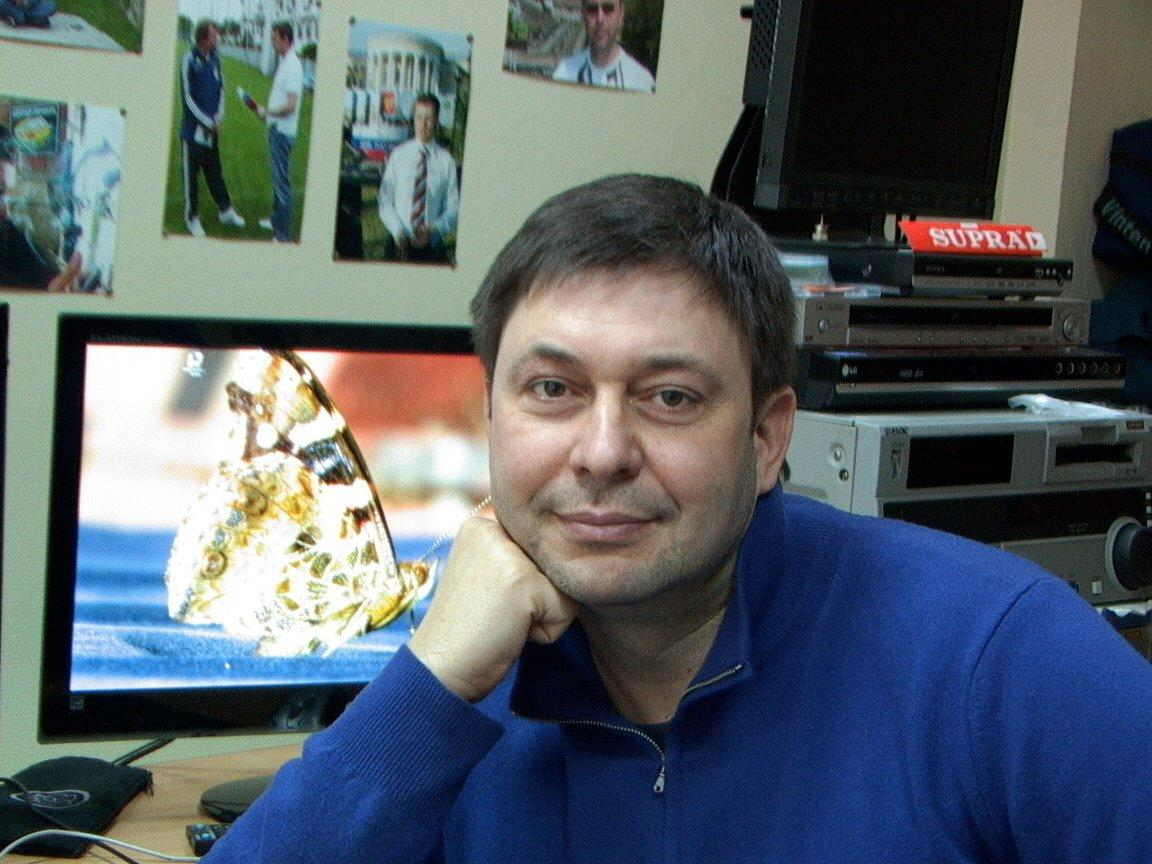 Chief of RIA Novosti's Kyiv office Kirill Vyshinsky, who was detained on May 15, has been indicted on charges of high treason.

"The SBU Security Service of Ukraine informs that Kirill Vyshinsky, the head of the anti-Ukrainian propagandist media organization RIA Novosti Ukraine, has been notified of charges of committing a crime and detained under Article 208 of the Criminal Procedure Code of Ukraine. Criminal proceedings have been opened under Part 1 of Article 111 (high treason) of the Criminal Code of Ukraine," Press Secretary of the SBU Security Service Olena Gitlianska wrote on Facebook on May 15. 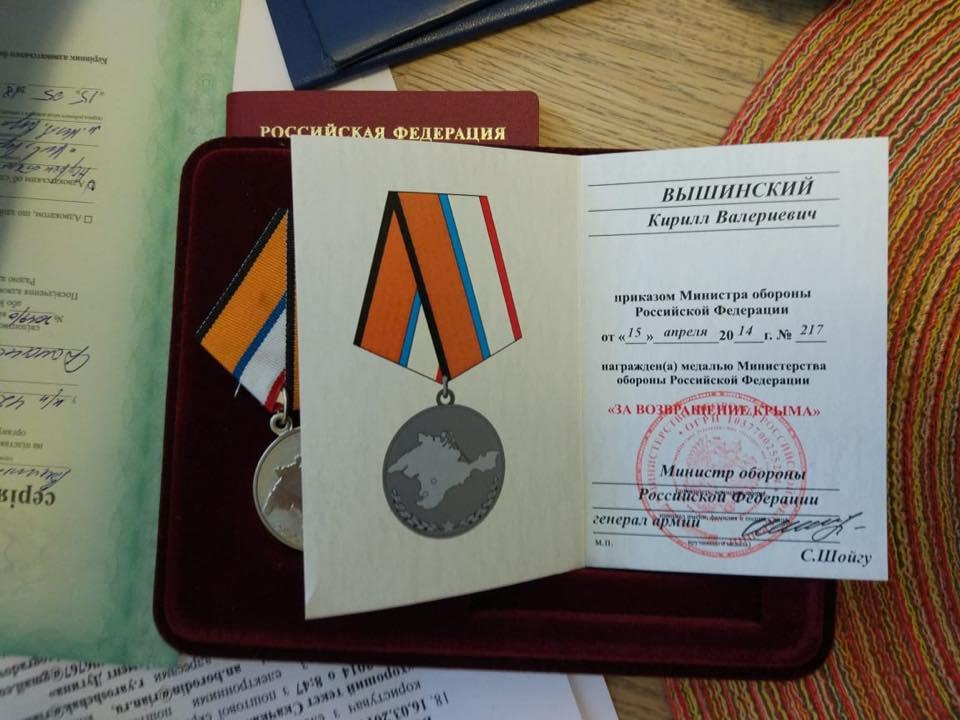 Read alsoPoroshenko: Russia uses 'Immortal Regiment' as element of hybrid warfareVyshinsky jointly with several other journalists started actively supporting the terrorist organizations in Donbas, the "DPR" and the "LPR," after his return from Crimea in 2014.

Deputy head of the SBU Security Service of Ukraine Viktor Kononenko says Vyshinsky had been paid EUR 53,000 every month for discrediting the Armed Forces of Ukraine. "EUR 53,000 for subversive activities is only a proven amount. According to our data, the financing exceeds EUR 100,000 per month," Kononenko said at a briefing in Kyiv on May 15.

If you see a spelling error on our site, select it and press Ctrl+Enter
Tags:News of UkraineRussianPropagandamedia