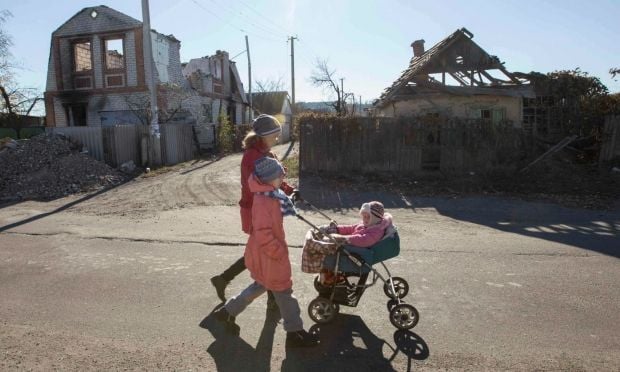 "In Luhansk alone, gunmen opened fire 19 times on civilian settlements. The number of casualties as a result of these criminal acts is to be confirmed," the press center said.

"Ukrainian artillery opened fire in response, not only to protect their own positions, but also to protect the civilian population. During the day the artillery forces of ATO carried out 30 artillery strikes on places where the fighters and equipment of the militants had been built up."

The situation in the zone remains under control, with the areas around the militant-held cities of Luhansk and Donetsk posing the biggest threats to Ukraine’s armed forces, the press center said.

“There have been [a total of] 36 attacks recorded, with [the militants using] small arms, mortars, and Grad rockets,” the press center wrote.

The press center said the situation in Mariupol has not changed dramatically. The positions of the Ukrainian forces are well fortified and have the troops and weapons required to respond appropriately to attacks.

"The bandits from the breakaway republics once again tried to undermine the defence of our troops in the vicinity of Donetsk airport with gunfire,” the press center said.

“All of the militant attacks were repulsed. The enemy retreated. An active defence is continuing."