Another ‘aid’ convoy from Russia expected in Donbas on Sunday 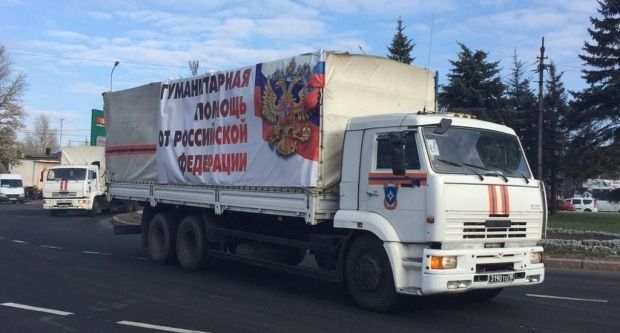 "We plan that the humanitarian assistance will be delivered as early as Sunday," Stepanov said.

This eighth convoy will consist of more than 100 trucks with over 1,000 tons of cargo, he said.

As UNIAN reported earlier, since August 23, seven convoys have crossed the Ukrainian border, delivering, according to the Russian side, humanitarian aid to the Donbas.

The Russian "humanitarian convoys" have entered only militant-controlled areas of Ukraine, without the permission of the Ukrainian side and unaccompanied by the Red Cross, in violation of conditions Russia agreed to in August.

The Ukrainian Foreign Ministry says the Russian convoys are in fact being used to support the insurgency, and take equipment from Ukrainian factories and coal from mines out of the areas of Ukraine that have been seized by the Russian-backed militants.

Russia has not permitted the Ukrainian authorities to fully inspect any of the alleged aid shipments, fueling suspicions in Kyiv that the convoys are being used for purposes other than humanitarian ones.