Two people were killed and another eight injured in Donetsk on Tuesday morning when a shell hit a bus, according to the chairman of Kyivskiy district administration in Donetsk, Ivan Prykhodko. 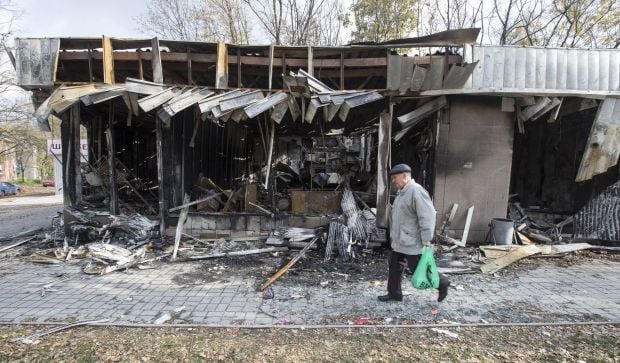 “School No. 21 was damaged in the attack. A number of private homes and shops were shelled. Unfortunately, there were casualties - two people were killed and another eight wounded in a No. 6 bus."

News of the incident was quickly spread by local people in social networks.

"Today, at about 0800, a bus was hit by a shell in the Sofia district,” local resident Olena Pavlova wrote on her social network page.

“A lot of people were injured, we know about two people being killed. It happened at the crossing of Marshal Zhukov Avenue and Kolkhozniy Avenue. Employees of the 21th hospital went to help."

The so-called people's mayor of the city, Ihor Martynov, confirmed that a shell had hit a bus. He said the explosion caused the deaths of two people and injures to others.