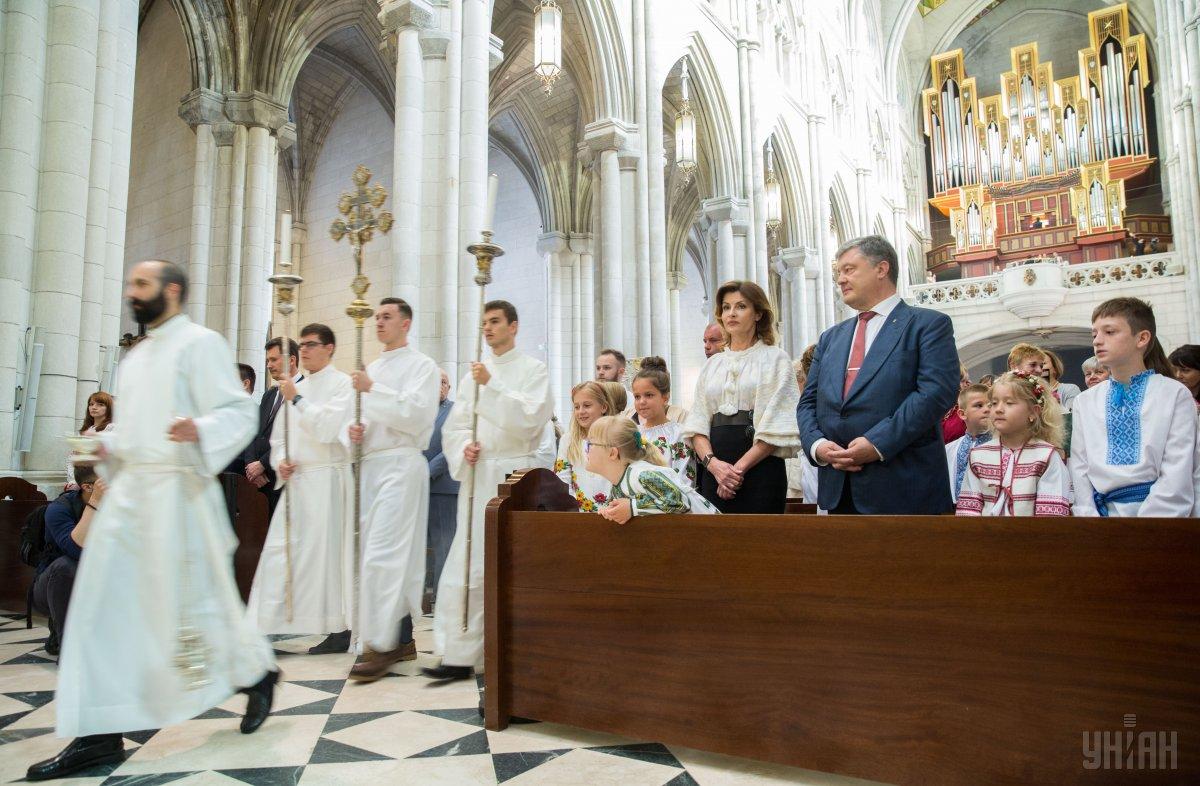 Ukrainian President Petro Poroshenko says he hopes that the Synod of the Ecumenical Patriarchate will green-light granting a tomos, an official church document, on autocephaly to the Orthodox church in Ukraine by the 1030th anniversary of the baptism of Kyivan Rus, which will be celebrated on July 28, 2018.

"The victory is not only when Ukrainian land has been liberated. The victory is when for the first time, more than 300 years, Ukraine has got a real chance to create a united local Orthodox church and, most importantly, a Ukrainian church," the president said at a Prayer for Peace in Ukraine event at Almudena Cathedral, a Catholic church in Madrid, Spain.

The Ukrainian community of Spain took part in the event, the Ukrainian presidential press service said.

"And we are praying that by the 1030th anniversary of the baptism of Ukraine-Rus by the holy apostolic prince Volodymyr, the Lord will give us this tomos. And I ask you, dear brothers and sisters, for your prayers. Because miracles are created with a common prayer," Poroshenko said.

The president recalled appealing to His Holiness Patriarch Bartholomew immediately after Easter, on a Great Monday, April 9, during his visit to Istanbul.

"I would be very happy to see this happen. And in the near future, I believe that we will succeed," Poroshenko added, expressing the conviction that Ukraine has won the right to have the united local church. After all, Ukraine has paid a high price for it, he said.

Autocephaly is the status of a hierarchical Christian Church whose head bishop does not report to any higher-ranking bishop (used especially in Eastern Orthodox, Oriental Orthodox and Independent Catholic churches).

Autocephaly opens the way for the creation of a united Orthodox church in Ukraine, which will not be subordinate to Moscow.

If you see a spelling error on our site, select it and press Ctrl+Enter
Tags:News of UkrainechurchPresident PoroshenkoOrthodox