Poroshenko went to Spain on the first official visit. 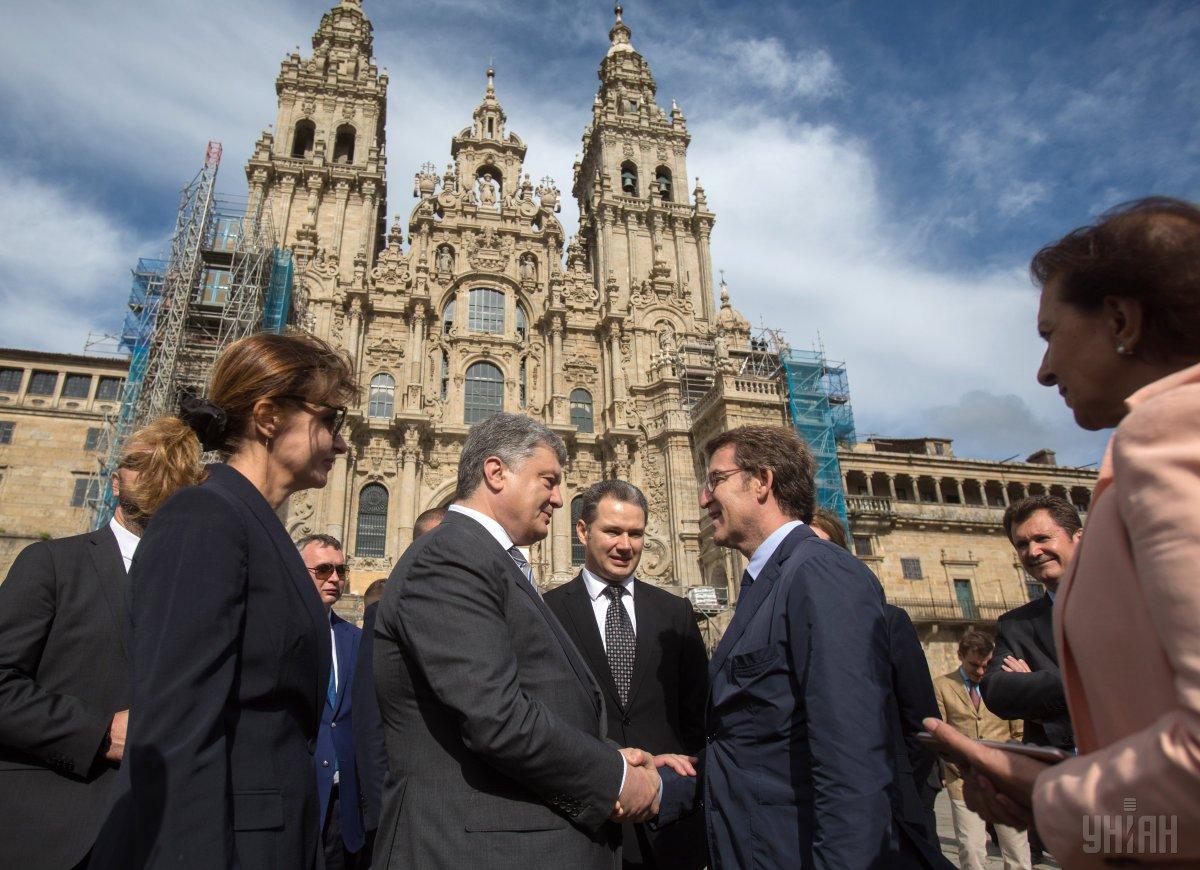 Poroshenko in Madrid / Photo from UNIAN

Ukrainian President Petro Poroshenko has announced that Ukraine and Spain are preparing to sign a new agreement on social security, and work on the relevant document is now being completed.

"At my request, the joint work is being completed on a bilateral social security agreement to replace the previous one, which was signed 22 years ago, in 1996. Just like there was no [official] visit of the Ukrainian president to Madrid, to Spain for 22 years," Poroshenko said at a meeting with the Ukrainian community of Spain in Madrid on June 3, the presidential press service said.

"The signing of this agreement in the near future will allow us to remove certain problematic issues of the social sphere regarding the protection of Ukrainians and the Ukrainian community," he said.

Poroshenko also emphasized that Ukraine highly appreciates the creation of favorable conditions in Spain to ensure the cultural and educational needs of Ukrainians.

If you see a spelling error on our site, select it and press Ctrl+Enter
Tags:News of UkrainePoroshenkoSpainsocialsupport