Mr. German has not denied plotting with Mr. Tsymbaliuk. 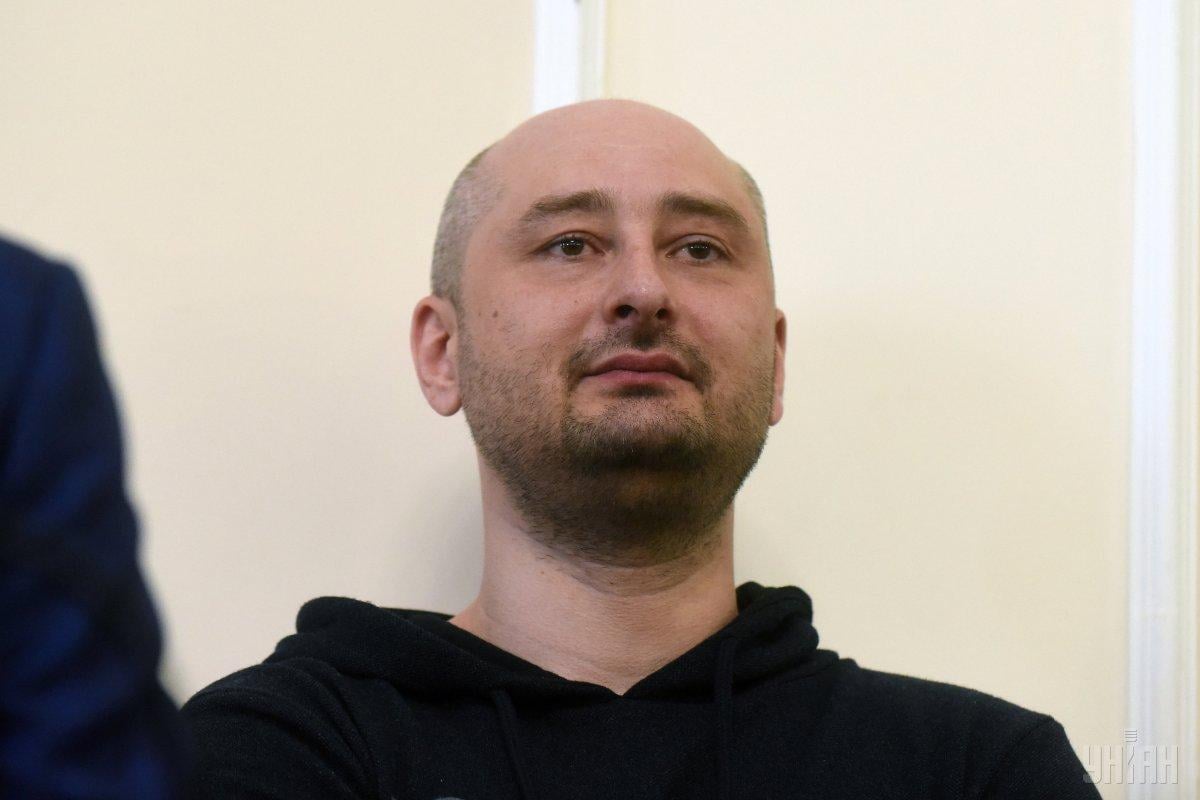 The man tasked with assassinating Russian journalist Arkady Babchenko in Kyiv says he only played along to gain vital intelligence.

Oleksiy Tsymbaliuk, a former Orthodox priest, says he informed the security services the moment he was approached.

Mr. Babchenko sent shock waves around the world when he faked his own death last month before appearing on TV.

In an exclusive interview with the BBC, Mr. Tsymbaliuk explained the alleged role he played in the hoax in the Ukrainian capital.

An active member of one of Ukraine's right-wing groups, he has been a volunteer in the war against Russian-backed rebels in the east.

Has he ever killed anyone? It's an uncouth question, he tells the correspondent.

In early April, Mr. Tsymbaliuk says he was approached by fellow Ukrainian Boris German to carry out an assassination.

Through a combination of face-to-face meetings, instant messaging, and a cash advance of $14,000 (GBP 10,400) they allegedly made plans to kill Mr. Babchenko.

A contact from his time in the east, Mr. Tsymbaliuk says he thinks he was chosen because Mr. German, a weapons manufacturer, thought he could be easily manipulated.

If that is true it was a bad miscalculation: Mr. Tsymbaliuk had in fact gone straight to Ukraine's security services, and recorded all their interactions.

A few days before the fake assassination was due to take place, Mr. Tsymbaliuk met his target – Mr. Babchenko – for the first time at the Russian journalist's apartment.

"A [security service] operative introduced us to each other with the words 'say hello to your possible murderer'," Mr. Tsymbaliuk says with a chuckle. "I told him: 'You don't get a chance every day to do a slap in the face of Putin'."

Then, on May 29, the staged murder was unveiled, with Mr. Tsymbaliuk going through the motions as if he was a real killer, in case he was being followed.

"I finished my soup, called a taxi and I went to kill Babchenko," he tells the correspondent with a smile.

"[At the apartment, Babchenko] was lying on the floor in a pool of blood waiting for the ambulance to arrive. I wished him good health and he asked that I not make him laugh."

With that brief exchange over, Mr. Tsymbaliuk left to a safe house where he watched news of the murder emerge on social media.

Later that night, he sent a message to Mr. German telling him that "the parasitic worm is dealt with" and in the early hours of the morning a reply came through that they should meet.

That meeting never happened as security agents moved in and detained Mr. German as he made plans to leave the country. Shortly afterwards, Mr. Babchenko stunned the world by being presented alive at a televised news conference.

Mr. German has not denied plotting with Mr. Tsymbaliuk but now says he was also working with Ukraine's SBU security services and knew all along that the assassination would be faked.

As yet Mr. German and his legal team have produced no evidence to support that claim.