Sentsov's family deny they ever appealed to Putin for son's release

The Guardian earlier published a piece with a headline claiming that the jailed Ukrainian filmmaker's family allegedly asked Putin to free him. 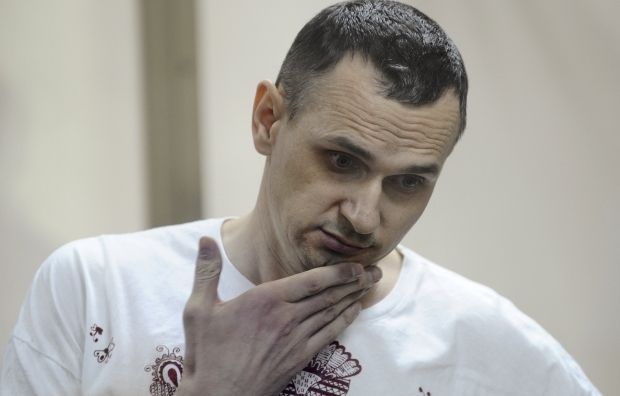 The family of the Kremlin's political prisoner, Oleh Sentsov, did not appeal to Putin with a request to order their loved one released, that's according to  Sentsova's sister Natalia Kaplan.

"I did not say this, and we did not ask Putin for anything," she said. "All questions should be asked to them [the newspaper], I don't know where they got it from, but I didn't say anything about Putin," Kaplan said, according to Hromadske.

Earlier, The Guardian released a report referring to Kaplan claiming that she had allegedly asked Putin to free Oleh Sentsov ahead of the FIFA World Cup 2018 hosted by Russia.

"We have very little time left and I really hope that Putin will take the decision to release him and all the Ukrainian political prisoners before the World Cup," the publication wrote, putting it as Kaplan's quote.

The Guardian filed their news piece under the headline claiming that the family allegedly asked Putin to free Oleh Sentsov.

As of June 10, a Ukrainian film director, now political prisoner in Russia, Oleh Sentsov has been on hunger strike for 28 days already.