Over the last day Russian-backed militants have attacked Ukrainian military positions 47 times, with all of the attacks being repelled, the press center of the Ukrainian government’s Anti-Terrorist Operation said on Friday in a posting on its pages in social media. 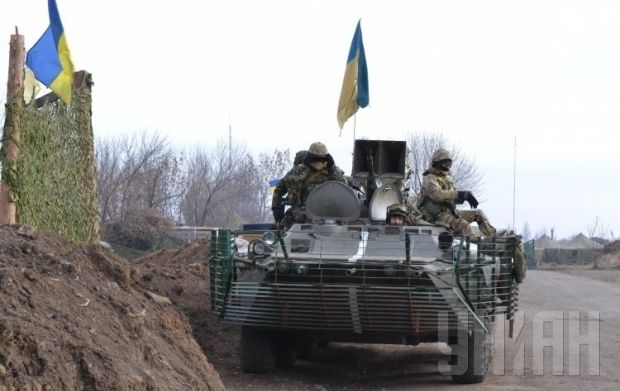 "All attempts by ‘fans of Russia’ to demonstrate their brutality were repelled by Ukrainian soldiers," the statement reads.

According to ATO press center, Donetsk airport remains subject to continuous attacks by Russian-backed militants. The militants are also launching attacks on Ukrainian troops in many other areas of the Donbas conflict zone, it said.

"In particular, near the settlement of Nikishino, militants attempted three times to storm the fortified positions of our troops. Ukrainian soldiers met the militants with fire from all available [gun] barrels, [and were] actively supported by artillery. The enemy fled the battlefield."