Ukrainian forces have repelled an attempt by militants and Russian forces to advance on the town of Starognatovka in Donetsk region, the head of the Information Resistance group, Dmytro Tymchuk, wrote on Facebook on Friday. 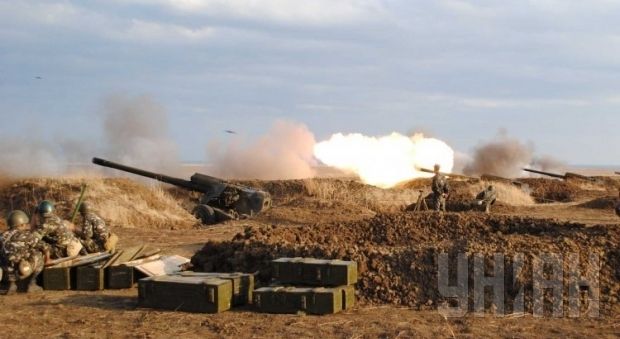 After gathering at Hranitne in Donetsk, a town on the front line between the warring sides, Russian-backed militants and Russian troops attempted to advance in small groups towards Starognatovka to the northwest.

According to Tymchuk, the attempted advance by the militants and Russian troops was beaten back by Ukrainian fire.

"The attempts failed. Groups of the enemy were spotted in time by Ukrainian forces, who opened fire on them," Tymchuk wrote.

In addition, from the position near Yakovlivka, two artillery batteries (with D-30 122-mm howitzers) are attacking the positions of Ukrainian troops south of Avdiyivka and near the ring road.

According to Tymchuk, the militant artillery fire in this area is being launched effectively, as it is being conducted by Russian officers.