Russia’s Black Sea Fleet has for the first time since the occupation of Crimea in March conducted exercises with Ukrainian military dolphins, Russian news agency RIA Novosti has reported, citing a source in the "Crimean military structures." 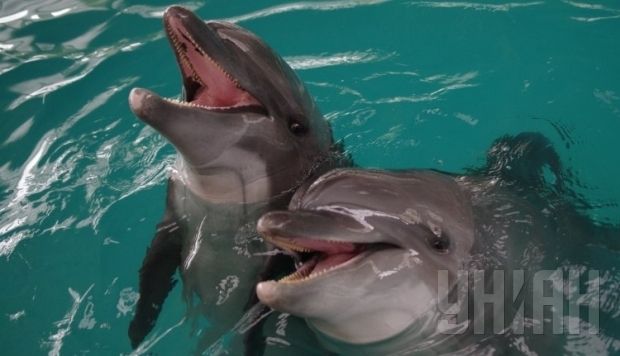 "Exercises were conducted in Sevastopol aquarium there involving military dolphins trained for underwater searches for military equipment at depths of over 60 meters. The [target], similar to a mine, was found by a dolphin and marked with a buoy," a spokesman said.

After testing the animals, further training is to be conducted with seven out of ten of the bottlenose dolphins. According to the Russians, Ukraine failed to train the dolphins properly.

"The priority task is training the dolphins for underwater searches and marking of weapons and military equipment, as well as the detection of combat frogmen," a spokesman said.

Currently, there are only two centers for training military dolphins in the world – in San Diego in the United States, and in Sevastopol (Ukraine, invaded and annexed by Russia).

After the annexation of the peninsula, Russia has been deploying a powerful military force there. According to the Russian agency, over the last six months the military group of the Russian Armed Forces in the Crimea have been enhanced by C-300 PMU air defense systems, Ball and Bastion shore-based missile complexes, Su-27 and Su-30 fighter aircraft, as well as other types of weapons and military equipment.

According to National Security and Defense Council of Ukraine, Russia is creating a complete aviation division in the Crimea.