There have been 71 attacks by Russian-backed militants on Ukrainian army positions with the use of artillery, mortars and other weapons in the last day, the press center of Ukraine’s Anti-Terrorist Operation headquarters reported on Thursday on its Facebook page. 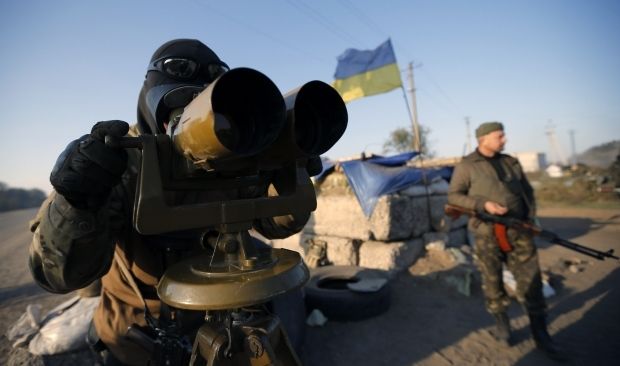 "The insurgents fired on the following villages in the area of Mariupol: Vynohradne, Talakivka, Lomakyne, Vodiane, Chermalyk. Ukrainian armed forces have strengthened their efforts to fight against the subversive groups of the enemy and hostile drones in this area," the report reads.

The headquarters of the Anti-Terrorist Operation also reported information about a partisan group active in Donetsk region. According to the report, on December 1, in close cooperation with the Armed Forces of Ukraine, partisan soldiers killed about 50 insurgents on a farm near Staromykhailivka.

"The next day, they reduced the number of the Russian-backed insurgents by 10 people. The same day, they continued their close cooperation with the Ukrainian armed forces near Petrivka, and killed another 50 insurgents. Thus, the partisan group has cleared its land of 110 Russian mercenaries within two days," the headquarters reported.

Ukrainian artillery has returned fire on positions of the Russian-backed mercenaries 45 times in the last 24 hours in response to militant attacks.