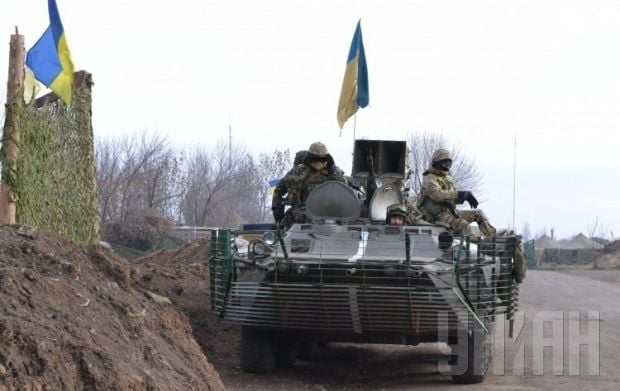 "Yesterday at 1500 there were clashes between Ukrainian forces and Russian sabotage and reconnaissance groups in Luhansk region near the state border, near Kolesnikovka (Ukraine) and Manotskiy (Russia)” a statement from the service reads.

"In this area, the border guards, Security Service, the Interior Ministry and Ukrainian armed forces were conducting reconnaissance and search operations to identify saboteurs. During an armed confrontation, the enemy was forced to retreat," the State Border Service said.

One Ukrainian soldier was wounded during the fighting. He was evacuated by a border patrol unit in a Cougar armored car used by support forces. However, during the evacuation of the wounded soldier, the car was hit by an unknown explosive device and was damaged. However, the car’s armor saved the lives of the border guards and the wounded soldier, who received only minor injuries in the blast, the border service said.