Ukraine will be represented by about three dozen ships, boats (not only of the Navy, but also coast guards), aviation, and a 1,500-strong force. 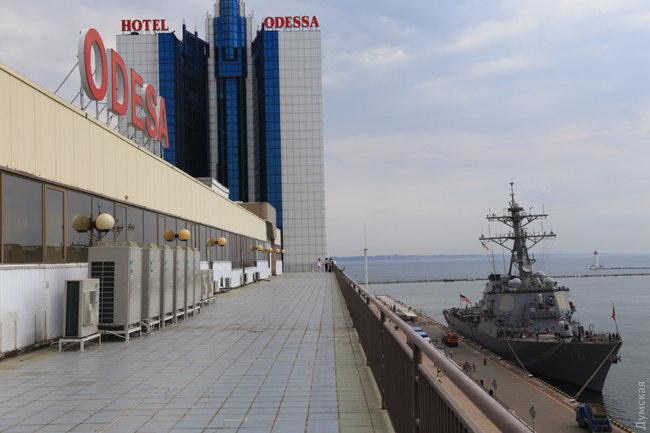 The Sea Breeze 2018 international drills with the participation of U.S. Navy will start today, July 9, in Odesa and Mykolaiv regions, as well as in the northwestern part of the Black Sea.

"The topic of the exercises is planning and implementation of a multinational maritime security operation in a crisis region. Head of the exercise from Ukraine is Deputy Commander of the Ukrainian Armed Forces Naval Forces Oleksiy Neizhpapa and on the American side, Commander of Task Force 65 of the U.S. Navy's 6th Fleet, Commodore Matthew J. Lehman," the press center said.

Ukraine will be represented by about three dozen ships, boats (not only of the Navy, but also coast guards), aviation, and a 1,500-strong force. In addition to the Ukrainian Navy and the 6th U.S. Fleet, ships, submarines and units of NATO Allies and members of the Partnership for Peace program will participate in the maneuvers.

"One of the main tasks of the exercises is to work out control of the forces of sea, air and land components directly from the sea. On board the USS Mount Whitney out in the sea, the naval headquarters of the Ukrainian Navy will be stationed in order to gain practical experience in planning and managing operations under NATO standards," Ukraine Navy notes.

As was earlier reported, the Arleigh Burke-class guided-missile destroyer USS Porter DDG78 had arrived in Odesa to take part in the Sea Breeze-2018 multinational exercise.

On July 7, the Blue Ridge-class command and control ship USS Mount Whitney (LCC 20), which will host the joint headquarters during the drills, entered the Black Sea as well.

The Sea Breeze international exercises have been held annually since 1997.

If you see a spelling error on our site, select it and press Ctrl+Enter
Tags:#News of Ukraine#Ukraine#NATO#USA#security#BlackSea#exercises#SeaBreeze