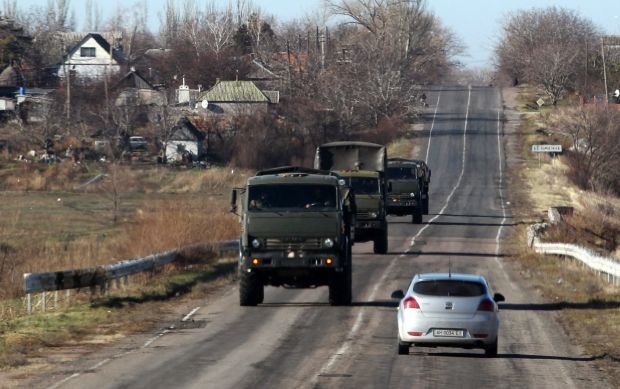 He said that in the last day three columns with more than 200 units of military hardware had entered Ukraine from Russia.

In particular, on Thursday at 0800, a Russian column of up to 150 trucks was spotted heading through Dubrovka in the direction of Dmitrovka, and at 1210 a second column of 10 fuel tankers and six armored fighting vehicles was seen.

During the night a column of 40 trucks (33 of which were tankers) was observed moving through the settlement of Izvarino in the direction of Luhansk, " Lysenko said.