Yarmolenko is second in the list of Ukraine's all-time top scorers behind Andriy Shevchenko. 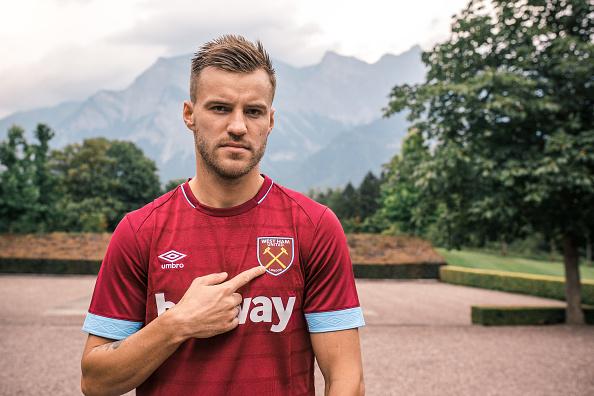 West Ham's new signing Andriy Yarmolenko says he has joined an "interesting project" after moving from Borussia Dortmund on a four-year deal.

The 28-year-old scored three goals in 18 appearances for the Bundesliga side after joining in August 2017, according to BBC Sport.

He had previously spent 11 seasons with Dynamo Kyiv and joins the Hammers for an undisclosed fee.

"The team wants to achieve high things and I am excited for this challenge," said the Ukraine winger.

"The Premier League is the best in the world and I know an interesting project is being built at West Ham."

Yarmolenko has 35 goals in 77 caps for Ukraine and only Andriy Shevchenko has more scored more times for the country.

"When we had the opportunity to sign him, we did not hesitate, because he really is the kind of player we were looking for," said West Ham director of football Mario Husillos.

"I think Manuel Pellegrini is the perfect coach for Andriy and his style of play."

“He is a left-footed player but can play on the right and is very quick, very good one-on-one against a defender. He gives the team a lot of attacking options and scores goals, is fast on the counter-attack and provides aerial threat with his height,” Husillos said, according to the Guardian.

If you see a spelling error on our site, select it and press Ctrl+Enter
Tags:News of UkraineUkraineBritainfootball