11:18, 18 July 2018
Ukraine
397 0
At Tuesday's protest, Shabunin and a small group of activists were calling for the resignation of the special anti-corruption prosecutor over a decision to close an investigation into Interior Minister Arsen Avakov's son. 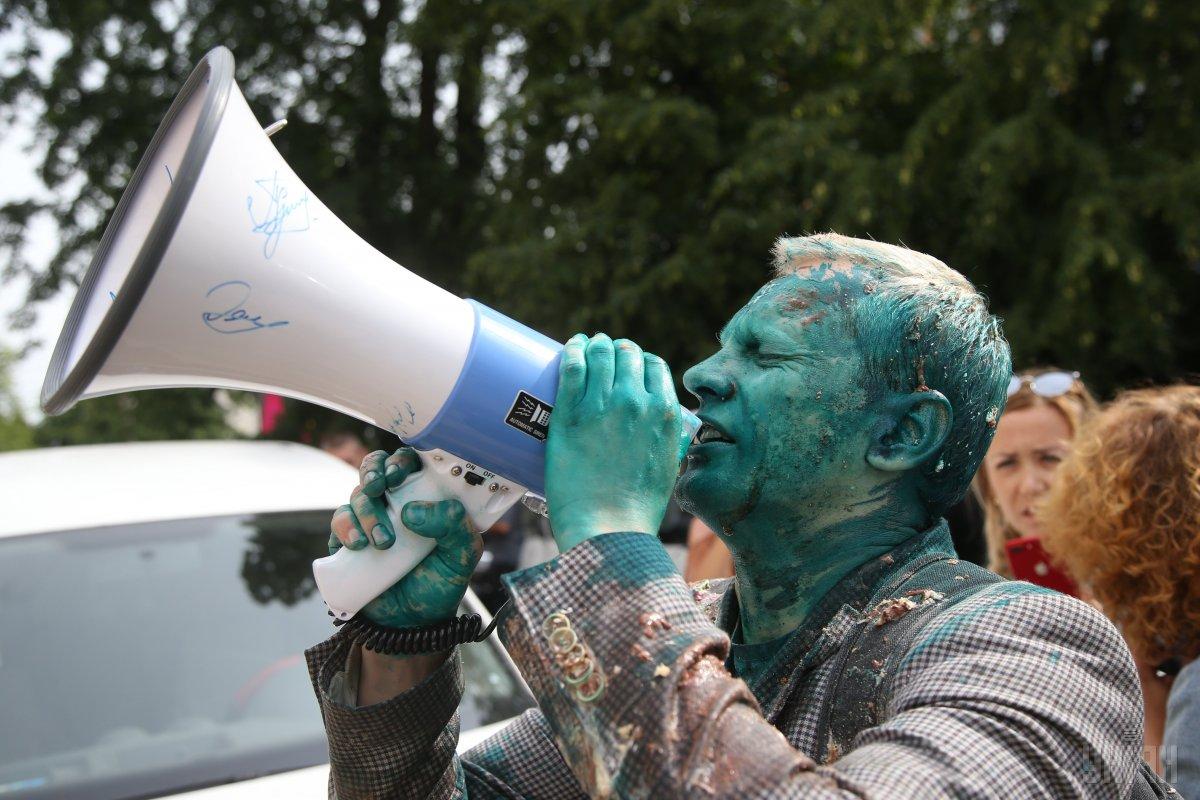 A top Ukrainian anti-corruption activist said he suffered chemical burns on Tuesday when an assailant threw green liquid in his face as he took part in a demonstration outside a prosecutor's office in Kyiv.

Most of Vitaliy Shabunin's face and his left hand were covered in bright green stains similar to marks left by a green solution, known as "zelyonka", which is sold locally as an antiseptic, as reported by Reuters.

"I'm sorry my eyes are closed. I have a chemical burn," the head of the non-governmental Anti-Corruption Action Center said in a video posted online.

The incident continues a spate of violence against activists and minority groups, which non-governmental groups and Ukraine's Western allies have said highlights a culture of impunity at odds with commitments from the authorities.

"This situation is a shame for the law enforcement system. We demand that the management of law enforcement agencies pay attention to these cases and report on their investigation," it said in a statement.

The Interior Ministry did not immediately respond to a request for comment.

Since the pro-European leadership came to power in 2014, Ukraine has received billions of dollars in financial aid from Western allies in exchange for promises to eliminate corruption and conform to international democratic and human rights standards.

At Tuesday's protest, Shabunin and a small group of activists were calling for the resignation of the special anti-corruption prosecutor over a decision to close an investigation into Interior Minister Arsen Avakov's son.

The ministry has said the case was politically motivated, while Avakov has denied his son embezzled state money.

If you see a spelling error on our site, select it and press Ctrl+Enter
Tags: #News of Ukraine#Ukraine#attack#anticorruption#Shabunin
Latest news