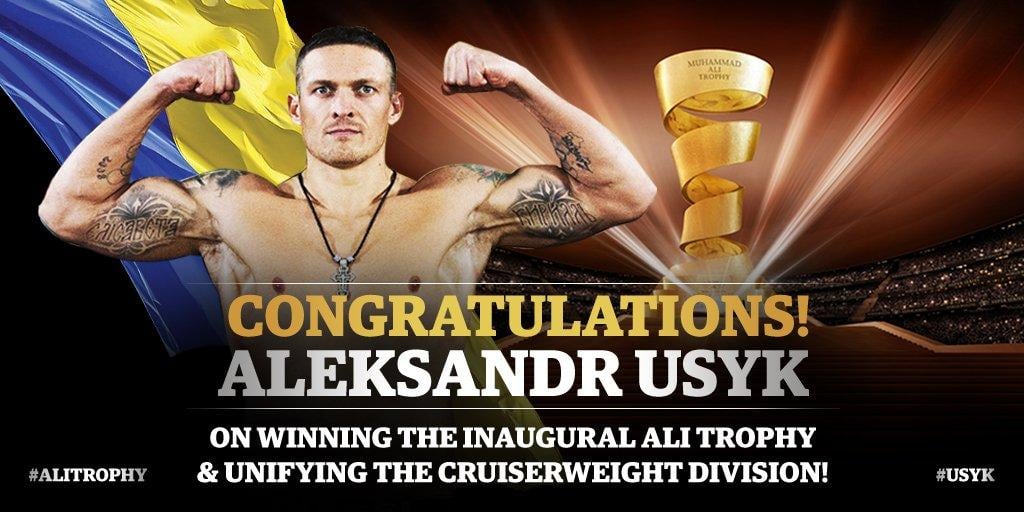 The fight lasted for 12 rounds and was completely under Usyk's control.

Gassiev threw several blows, aiming at Usyk's hull and below the belt.

Usyk was completely dominating – with each round his advantage only increased, and Gassiev was struggling with Usyk's consistent offensive output.

As a result, the last rounds practically had no intrigue.

Your NEW unified Cruiserweight champion and the winner of the Ali Trophy is @usykaa ! #UsykGassiev 🏆 #AliTrophypic.twitter.com/fs8TlnHuzE

It was the Russian boxer's first defeat over his career. Usyk has no records of defeats.

The Ukrainian boxer fought in enemy territory all three fights within the tournament (quarter finals, semi-finals and finals).

If you see a spelling error on our site, select it and press Ctrl+Enter
Tags:News of UkraineboxingUsykboxer