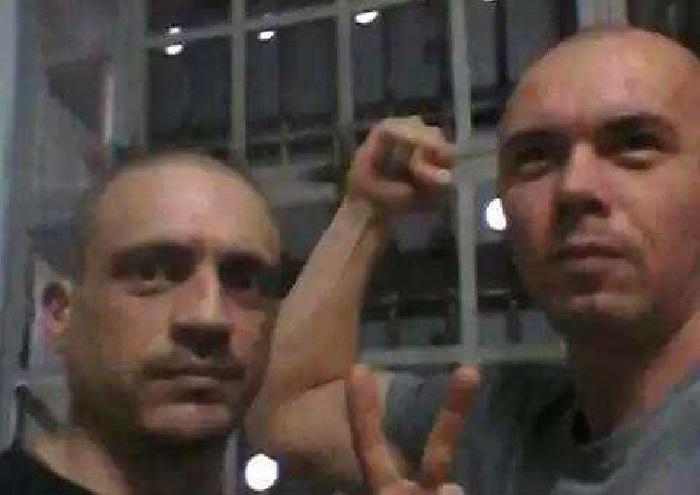 The convicts committed the crime under duress / Photo from Slidstvo.info

A court in Greece has sentenced Serhiy Shvayuk, a musician of the Ivano-Frankivsk band Perkalaba, and his friend Petro Lytvynchuk to 180 years in prison for smuggling of migrants.

The trial took place on July 20, both were found guilty, the Ukrainian news outlet Slidstvo.Info said.

Interpreter of the prosecutor's office in the city of Piraeus Lidia Kostiv said that the Ukrainians were charged on several counts: illegal crossing of the borders of a European Union country, making people exposed to danger on an overcrowded boat and the lack of life-saving equipment. Also, Shvayuk and Lytvynchuk had no documents allowing them to use the boat.

Greek lawyer of the Ukrainians Zacharias Kesses explained that such long terms are due to the peculiarities of the Greek legislation. In his words, there were 63 illegal migrants on the boat with the two Ukrainians.

"They can add 10-15 years for every illegal migrant when the verdict is considered. Initially, they were facing 630 years behind bars," the lawyer said.

Relatives of the sailors say that the men had been forced into this situation, without having any intention of committing a crime.

Petro Lytvynchuk's mother says the two men went to work in Turkey, where they were offered a job of the captain's assistants on a pleasure yacht. But already in Turkey, the employers made the Ukrainians transport migrants on a yacht. Unknown armed people threatened Lytvynchuk and Shvayuk with physical violence.

According to Ukraine's Ministry of Foreign Affairs, currently there are about 150 Ukrainians in Greek prisons who are convicted on similar charges. Some of their terms exceed 600 years. According to relatives and lawyers, the majority of the convicts committed the crime unconsciously or under duress.

If you see a spelling error on our site, select it and press Ctrl+Enter
Tags: #News of Ukraine#Greece#illegalmigration
Latest news