Around 286,000 people in Ukraine live in modern slavery, according to Global Slavery Index compiled by Australia-based NGO Walk Free Foundation.

The share of the affected population in Ukraine is 6.4 per 1,000 people, Ukrayinska Pravda reports.

The country ranks seventh among European and Central Asian states, with Turkmenistan topping the anti-rating (11.2 per 1,000 people), while Russia being at the 11 th spot (5.5 per 1,000 people). 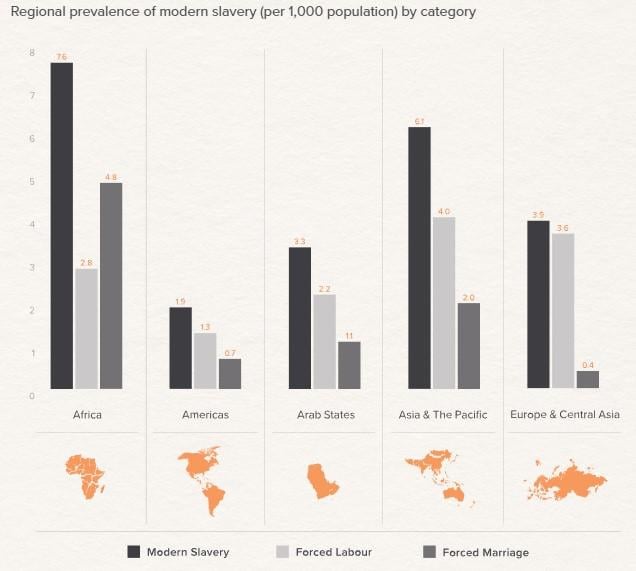 The least affected populations are those of Finland, Denmark, Sweden, and Luxembourg (1.7-1.5 per 1,000 people).

The GSI includes data on the number of people living in conditions of modern slavery, the analysis on government response and forms of slavery, such as forced labor, forced marriage, debt bondage, and sexual exploitation.

In Europe and Central Asia, the figure amounts to nearly 3.6 million men, women, and children. The most common form is forced labor (3.6 per 1,000 people), forced marriage (0.4 per 1,000), while 36 % of victims of forced labor were in debt bondage, and 14% were cases of forced sexual exploitation, according to the survey. 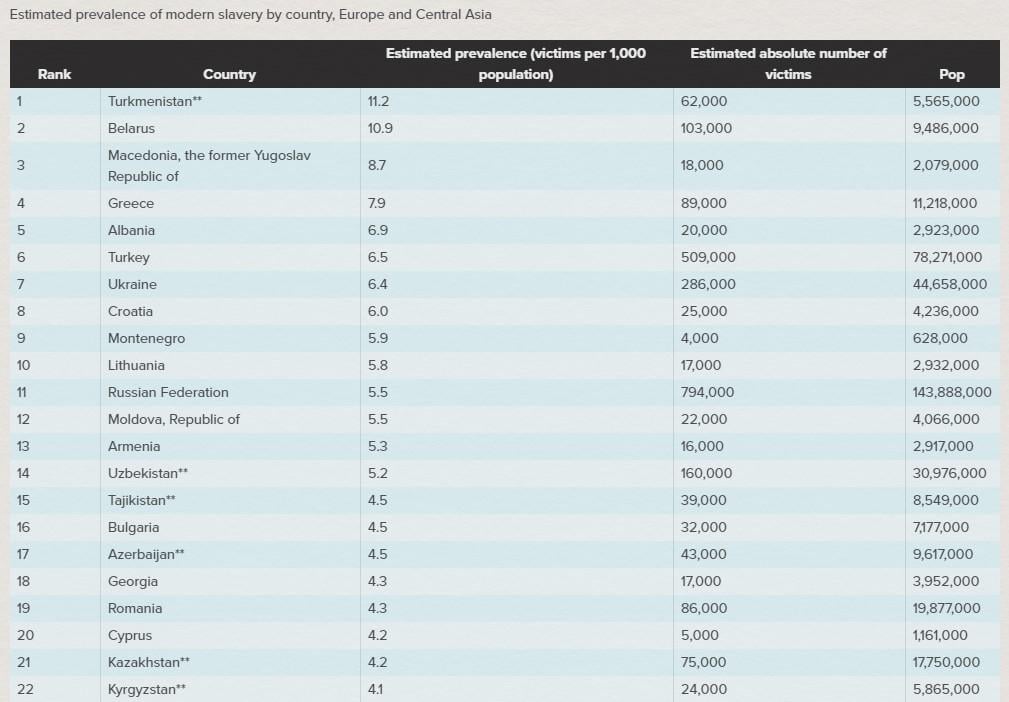 At the same time, Turkmenistan, Belarus and Macedonia are recognized as countries with a high prevalence of modern slavery, while Russia, Turkey and Ukraine have the highest absolute figure of 39% of victims in Europe and Central Asia region.

Also, the authors note that in 2018 it became clear that countries with high GDP have higher rates of prevalence of modern slavery than previously thought. It's about the U.S., Australia, UK, France, Germany, the Netherlands and a number of other European states where significant gaps are seen in the protection of certain social groups such as migrants, homeless, unofficially employed, and some minorities. The gaps are being exploited by criminals and thus require urgent response from governments, according to the report.

If you see a spelling error on our site, select it and press Ctrl+Enter
Tags: #News of Ukraine#Ukraine#index#survey
Latest news