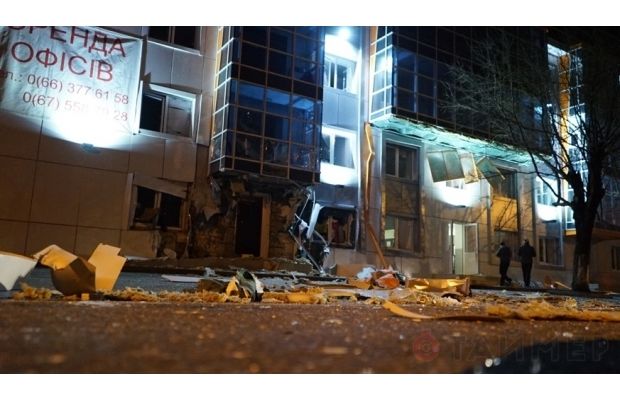 Many Odessites were awakened by the sound of the explosion, which occurred at about 0130 on Wednesday morning. The blast was heard in the Tairov, Cheremushky, and Fontan city districts, and some parts of the Moldovanka and Slobodka districts and the city center.

The explosion occurred in a new office center built on the site of an abandoned building at the corner of Admiral's Avenue and Krasnov street.

The explosion hit the first floor of the building, near the office of a volunteer organization that collects aid for government forces involved in the war against Russian-backed militants in the east, local newspaper Timer reported.

Based on a video (below) taken shortly after the blast, the explosive used was quite powerful.

According to a Timer correspondent at the scene, there were no ambulances in attendance, so apparently no one was injured in the explosion. Police cordoned off the neighborhood.

Reconstruction of the building for the office center was being carried out by a company owned by the regional council deputy Alexander Bornyakov of the Batkivshchyna party.