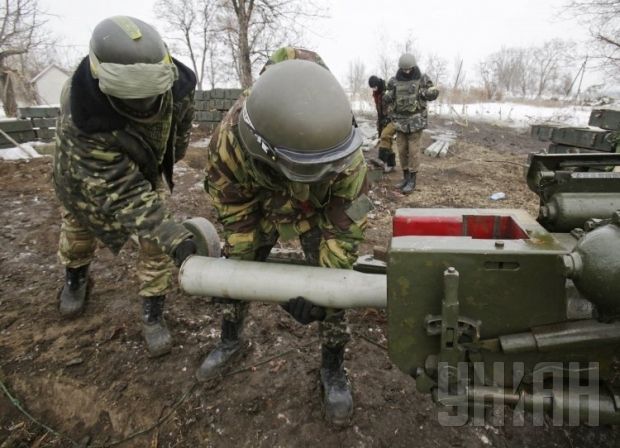 "Most activity by the enemy was observed in Luhansk, Donetsk and Debaltseve. Our soldiers were [also] attacked several times near Mariupol and Pervomaisk," the report reads.

The village of Avdiivka in Donetsk region was also attacked, and the hotspot of Donetsk airport was attacked four times in the last day.

The village of Chermalyk near Mariupol has been attacked twice in the last 24 hours.

The Russian-backed insurgents have not stopped their aerial reconnaissance of Ukrainian positions. Enemy drones were spotted near the villages of Hnutove and Talakivka.

The Ukrainian armed forces have been observing a ceasefire since Tuesday, and have been ordered not to fire on the positions of the insurgents even if they come under fire themselves.