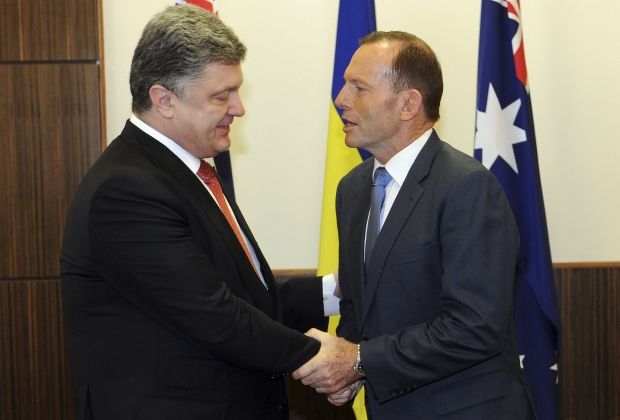 "Today we have discussed the possibility of cooperation in the field of nuclear energy,” Poroshenko said, quoted by the Australian newspaper.

“Ukraine has the possibility to buy Australian uranium for our nuclear power plants."

Abbott said the successful implementation such a project would be beneficial to both parties. According to Bloomberg, the parties have also discussed the possibilities of arranging supplies of Australian coal, Russian news agency RIA Novosti reports.

In addition, Poroshenko invited Abbott to visit Kyiv in 2015.

Poroshenko arrived on a state visit to Australia on Wednesday, the first such visit by a Ukrainian president. Over two days in Australia, Poroshenko plans to visit Melbourne, Canberra and Sydney, where he will hold a series of meetings.

Earlier it was announced that the Ukrainian government intends to significantly expand cooperation with U.S. company Westinghouse on importing fuel for Ukrainian nuclear power plants, within the framework of energy supply diversification plans.

Ukraine relies on Russian company TVEL for most of its nuclear fuel. The country’s nuclear power plants are a vital component of its energy generating capacity, accounting for around 46% of the power produced in the country.

Ukraine has suffered electricity blackouts in recent days due to shortages of coal and gas, as well as ongoing repair work at the country’s conventional and nuclear power generating plants.

VIDEO: Australia could export uranium and coal to Ukraine