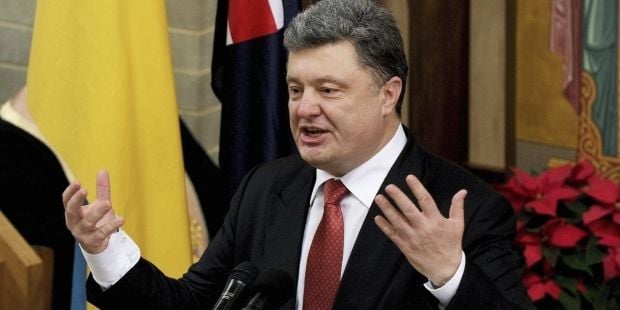 In his speech, the head of the Ukrainian state presented his vision of the situation in Ukraine and prospects for its development, outlining external and internal challenges faced by the state. Poroshenko stressed that the year 2014 has been the year of significant changes and challenges for Ukraine – triumph of the Revolution of Dignity, Russian annexation of the Crimea and the war in Donbas.

The president also thanked Australia for its support of Ukraine.

"After the Revolution of Dignity and mutual pain caused by the crash of MH-17, our nations became closer, despite the considerable distance," he said.

Poroshenko said that through the unity of countries, peace and stability in the world can be achieved.