There have been six attacks on Ukrainian army positions by Russian-backed insurgents using small arms in the last day, National Security and Defense Council spokesman Andriy Lysenko said at a briefing in Kyiv on Friday. 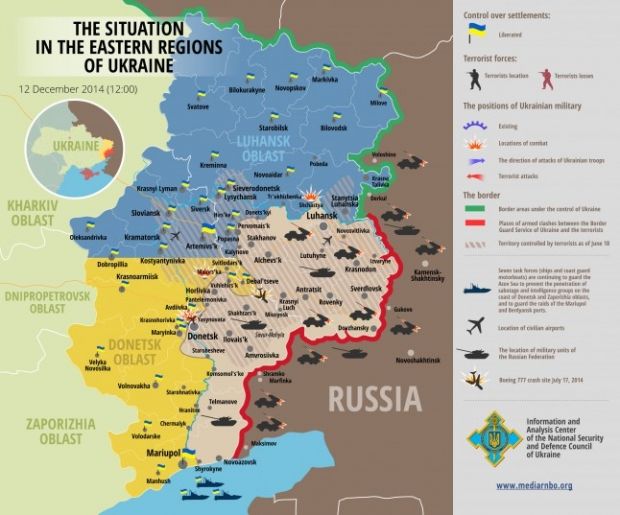 "I can give facts about the violation of the ceasefire: Russian-backed insurgents have attacked with small arms the villages of Maiorsk near Horlivka, Pisky and Shastya," he said.

"The Ukrainian armed forces have been attacked six times by Russian-backed insurgents. In all of these cases, Ukrainian soldiers realized the importance of the moment and had the courage and endurance not to return fire on the positions of the insurgents in response to their attacks," the press center said.