Truba’s Triumph: Professionals only will work in the SBI

It is also important that before the appointment to the post all candidates will have to pass more than one test for reliability. 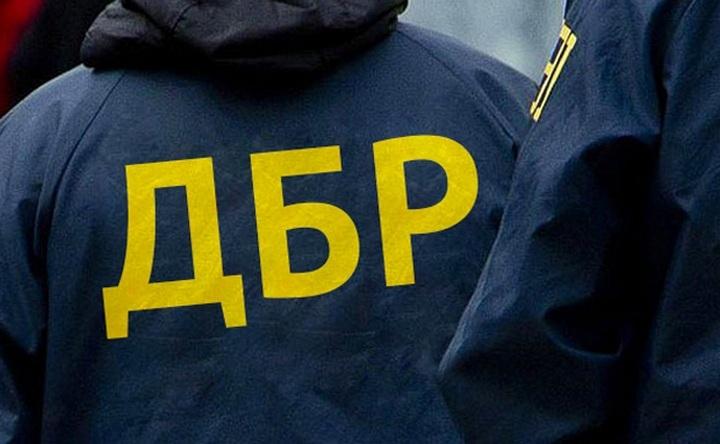 Why Roman Truba refused to revise the results of the competition for leadership positions in the SBI.

Immediately after the Selection Board at the State Bureau of Investigation has selected the first 27 candidates for the positions of the Heads of the Bureau’s Departments, a discussion arose in the Ukrainian mass media – whether some of the most worthy people were selected for these positions?

A number of “public activists” even demanded the Council of Public Control under the SBI to revise the results of the competition. On July 25, Roman Truba, the SBI’s Director and the Council of Public Control discussed the candidatures proposed by the Selection Board. To their credit, they stood up against the “activists” and there was no any revision. Firstly, because it would be illegal - the decision of the Selection Board can be only canceled by the court decision. And secondly - because they understand it is not worth to shoot from the hip in such cases.

In addition, tests for the selection of candidates for vacant positions in the SBI were developed by the Council of Europe, and the transparency of the very process was guaranteed by the representatives of the European Union, who were personally present at the competition. 5 thousand applicants were carefully selected, and the selection procedure included a polygraph testing.

It is also important that before the appointment to the post all candidates will have to pass more than one test for reliability. It is thought that the results of this test will remove most of the questions to the candidates.

And there is one more important aspect. Ukrainian media headlines that law enforcement agencies are not able to solve heinous crimes. However, if to take a closer look at the “List 27”, it becomes clear that people who have disclosed them have been selected as heads of Departments. Judge for yourself, though.

Ruslan Marchuk is an applicant for the post of Director of the SBI Territorial Administration in Kiev. He took part in the disclosure of a number of heinous crimes. So, in March 2018 during a special operation led by him in Odessa, an employee of the Department of Immigration and Citizenship was arrested for organizing criminal schemes aimed at obtaining Ukrainian citizenship. At the end of the same month, two officials of Ukrzaliznytsia /Ukrainian Railroad/ were catch in the act of bribe. Moreover, in early April 2018, the Department headed by Mr. Marchuk, with his immediate participation, exposed 18 people suspected of extortion and obtaining undue benefits.

Or Sergey Palatov, an applicant for the post of Director of Territorial Administration in Khmelnitskiy. At the moment, he is Deputy Head of the Department for Combating Illegal Traffic of Excisable Goods of the Interregional Operational Administration of the Office of Large Taxpayers of the State Fiscal Service /SFS/. In the first half of this year, he submitted 15 criminal cases to the courts, and it is twice as much as for the entire last year.

So, an illegal network of gas-filling stations was liquidated in Lvov oblast, as a result thereof tax officers seized three refueling complexes and more than 19.3 tons of diesel fuel. Valuables totaling to UAH 880 thousand, including excisable goods totaling to UAH 580 thousand, were seized.

Evgeniy Shevtsov now holds the post of Deputy Head of the Administration - Head of the Department of the Main Investigation Directorate of the National Police. During the period he had occupied the aforesaid position, he distinguished himself in the investigation of a number of high-profile cases under Article 115, paragraph 11, of the Criminal Code of Ukraine. And these, just think of it, include contract killings. The most heinous case being investigated by Shevtsov was the solving of the murder of the head of the board and the founder of the insurance company by the ex-head of the Security Service of Ukraine /SSU/ in the Fastov region, Kiev oblast. In addition, Shevtsov solved several crimes under Article 206 of the Criminal Code of Ukraine, i.e. “illegal seizure of the property of the enterprise, institution, organization”. In other words, these crimes were classified as raider activity. And thanks to his work, enterprises with foreign investments were protected against raider seizures.

The claims put forward by so-called “fighters for the SBI’s cleanness” to Shevtsov are interesting. More precisely, the same were put forward not to him, but to his wife – Alena Degryk.

The activists claim against Shevtsov that all the property specified in his declaration is registered in his wife’s name. The essence of the claim is not entirely clear - there is nothing illegal in this. The spouse company is a pioneer in the domestic payment acceptance market in favor of the most famous online games in the world and software developers.

What was found about Alena Degryk in the vastness of Ukrainian news agencies:

UNIT City and USAID have recognized LeoGaming to be one of the leading Ukrainian fintech companies (2018), LeoGaming became a laureate of Pay Space Magazine Awards 2017 – LeoBot Payment Service took the second place in the nomination "Best money transfer service from card to card".

Bogdan Chobitok is a candidate for the post of Head of the Internal Control Department. Thanks to his efforts during his work in the SSU, the heads of the SFS in Sumy and Vinnytsia oblast and the head of the Police Department in the Odessa were caught in bribes.

And Nikolay Druziuk, Head of the local Prosecutor's Office in Radekhov region, the candidate for the post of the Head of the SBI Territorial Administration in the Lvov oblast, only in present year has submitted to the courts 20 cases related to corruption of officials of different ranks.

As everybody knows, the actions done by person speak louder than words he or she says. And, judging by the cases of candidates for positions in the SBI, the choice of the Selection Board was correct. After all, it was choosing people based on their professional qualities and skills, but not on their wives’ beauty, their children education or the paucity of declarations. It is obvious that Roman Truba understands and welcomes this. After all, he should work with these people. And not just to work, but to show the evident result, i.e. to solve heinous crimes. That is why he stood up against the “public activists”, who demanded to reconsider the results of the competition. So much the more, these “public activists” are often a mouthpiece of people, who are aimed at gaining control over law enforcement agencies, not at effective work of the Bureau.