According to the Patriarch, once UOC is granted the tomos, all bishops of the Kyiv Patriarchate, the Ukrainian Autocephalous Church, and the Moscow Patriarchate, who addressed the Ecumenical Patriarch with a request for autocephaly, should gather for the Unification Council. 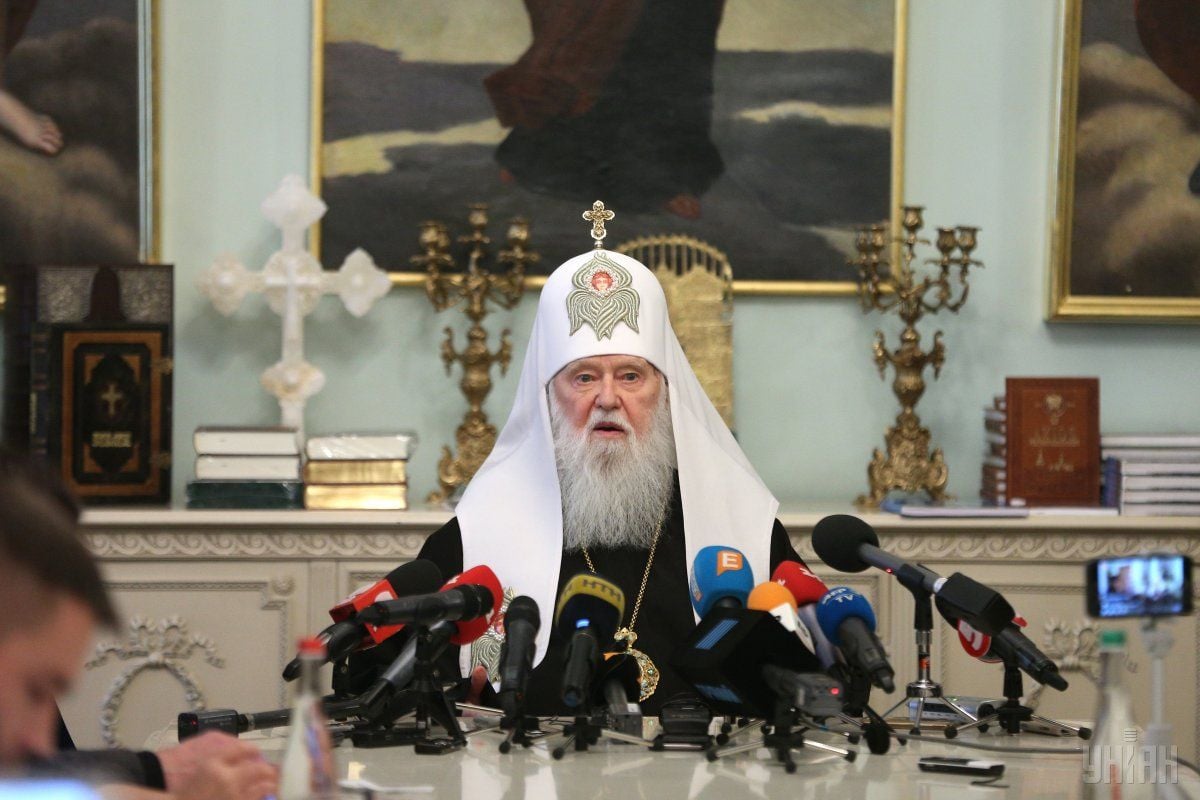 The Holy Synod in Constantinople will take a decision to create a united local church in Ukraine will be taken in late summer or September, as stated by the Primate of the Ukrainian Orthodox Church of the Kyiv Patriarchate (UOC-KP), Patriarch of Kyiv and All Rus-Ukraine Filaret.

According to the Patriarch, once UOC is granted the tomos, all bishops of the Kyiv Patriarchate, the Ukrainian Autocephalous Church, and the Moscow Patriarchate, who addressed the Ecumenical Patriarch with a request for autocephaly, should gather for the Unification Council, TV Channel 5 reports.

There, the head of the Ukrainian Local Orthodox Church is to be elected.

"We hope that in late August or early September, the meeting of the Holy Synod will decide on the provision of Tomos. That is, we will have to hold the Unification Council. By "we" I mean the bishops who appealed to the Ecumenical Patriarch. These bishops at the Unification Council have to choose a single leader of the Ukrainian Orthodox Church," Filaret said.

Earlier, Patriarch Filaret called statements about the "seizure of temples" and possibility of "war" for autocephaly an example of lies and disinformation that are part of a hybrid war being waged against Ukraine.

Filaret noted that under Ukrainian law, all temples and property belong to the communities - either on the basis of ownership rights, or on the rights of use, or rent.

Filaret assured that there would be no violence after Tomos, and property will belong to the communities, as it does now.

In addition, he assured that the Kyiv-Pechersk Lavra will be Ukrainian, but he does not know, when exactly.

"Perhaps several months after Tomos, or perhaps several years later… For us this is of no fundamental importance - because we believe that what the Ukrainian Church is doing is right, and if truth is on our side, God will help us promote it peacefully and voluntarily, without any violence," Filaret said.

He added that no one would go for "seizing the Lavra."

"For more than four years, we have repeatedly stated that appeals to 'go for the Lavra' is a provocation that plays in favor of the Kremlin," Filaret said.

As reported, on April 17 President of Ukraine Petro Poroshenko convened leaders of parliamentary factions and stated that he would appeal to the Ecumenical Patriarch Bartholomew with a request to proclaim the independence of the Ukrainian local autocephalous church.

On April 19, the Verkhovna Rada voted for the resolution on the president's appeal to the Ecumenical Patriarch Bartholomew to provide a tomos on the autocephaly of the Orthodox Church in Ukraine.

On April 22, Poroshenko announced that the Ecumenical Patriarchate was initiating procedures necessary to grant autocephaly to the Ukrainian Orthodox Church.

Later, the Department for External Church Relations of the UOC-MP published a statement calling an address by the President and the Verkhovna Rada to the Ecumenical Patriarch Bartholomew an abuse of authority.

The question of granting autocephaly to the Ukrainian Orthodox Church could be considered at the meeting of the Patriarchate of Constantinople as early as September.

If you see a spelling error on our site, select it and press Ctrl+Enter
Tags:News of UkraineRussiaUkraineindependencereligionchurchFilaret