A court session to choose a measure of restraint for the detainee was postponed as the defense lawyer failed to attend the hearing. 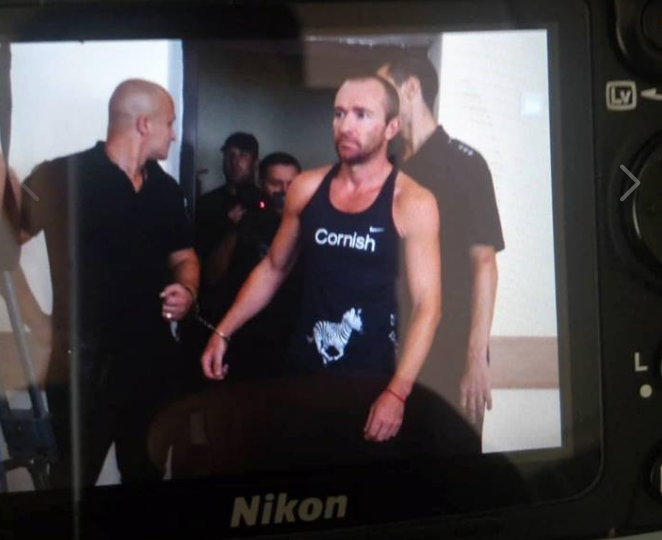 First photos of a suspect in the attempted murder of Kherson mayor's adviser and civic activist Kateryna Handziuk emerged in social networks as the perpetrator appeared before court Monday, August 6.

A hearing is expected to continue later today, according to a Ukrainian blogger and legal expert Masi Nayyem, who wrote on Facebook that a free, government-provided lawyer will engage.

The suspect, who goes by the name of Mykola Novikov, 39, is a Kherson resident, Nayyem wrote.

As UNIAN reported earlier, on July 31, adviser of the Kerson Mayor, civic activist Kateryna Handziuk was assaulted just outside her house. The attacker poured sulphuric acid on the woman's face. The chemical substance eventually affected some 30% of Handziuk's body.