The move marks another step the Ukrainian military are taking away from the Soviet past. 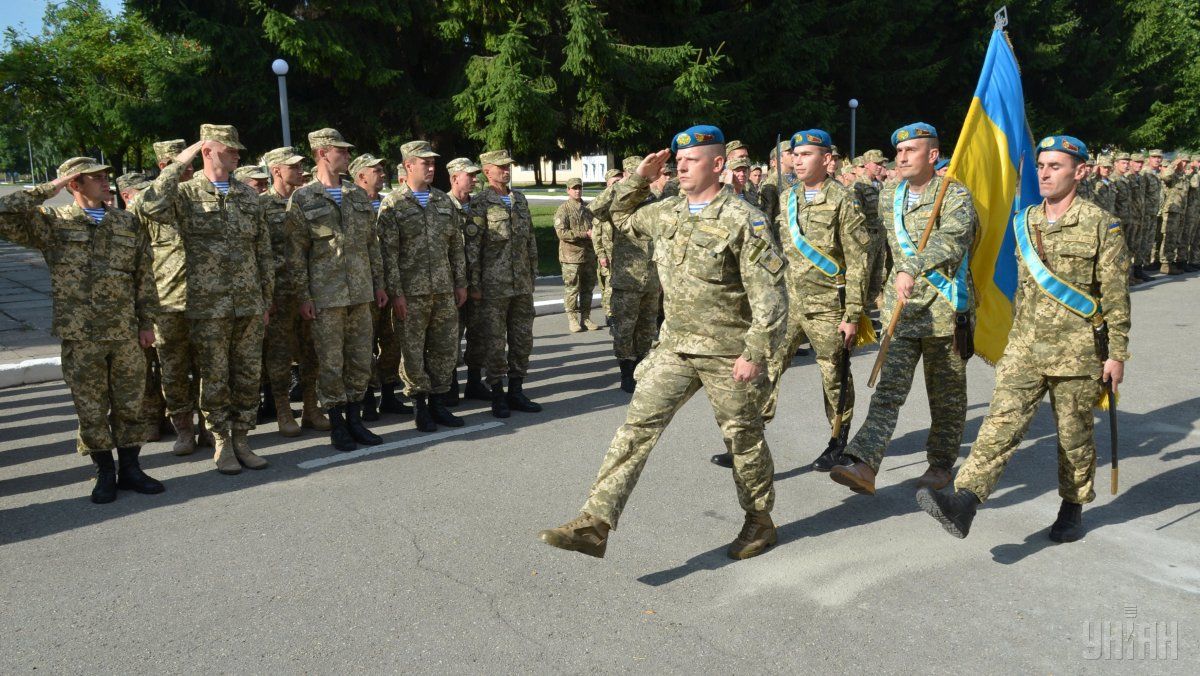 The National Guard of Ukraine says this year, at the annual Independence Day parade held on August 24, Ukrainian servicemen will use a new military greeting "Glory to Ukraine!" instead of those used in the Soviet-era.

"This year, at a military parade that will take place at the Maidan Nezalezhnosti Square on the occasion of the 27th anniversary of Ukraine's independence, as well as the 100th anniversary of the revival of Ukraine's statehood, servicemen for the first time will use military greetings 'Glory to Ukraine!' and 'Glory to Heroes!' instead of Soviet-era greetings," the National Guard's press service said in a statement on August 8.

Read also"Ukraine is not Russia": Journalist warns patriots against "one nation" trap

As reported, more than 24 units of the Armed Forces of Ukraine, National Guard, State Border Guard Service, as well as officers of the National Police will take part in the event.

On August 7, some 4,500 servicemen of the National Guard and other power structures were rehearsing for the Independence Day parade on a runway at Ukraine's largest aircraft manufacturer, state-run Antonov.

Ukrainian Defense Minister Stepan Poltorak says the preparation for the parade is being held from August 3 to 20.

"There will be weapons and equipment used in the troops, as well as those that undergo state testing. A total of 50 types of equipment," the minister added.

If you see a spelling error on our site, select it and press Ctrl+Enter
Tags:News of UkraineUkraineGloryToUkraineparadearmyindependenceday