Police have not yet taken their testimonies into account. 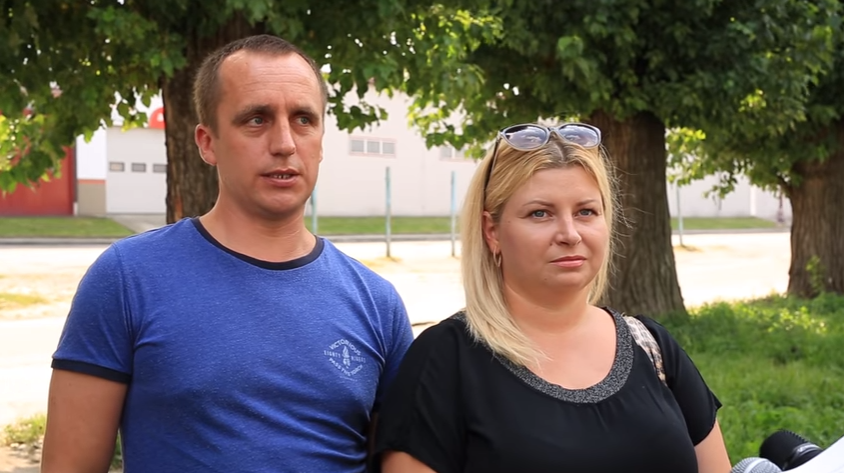 A family couple from Lviv, Hanna and Serhiy Antonyshyns, say that the main suspect in the acid attack on a Kherson activist and city council official Kateryna Handziuk, a local resident Mykola Novikov, was at another location on the day of the attack.

"It makes no sense to them to help him on purpose," a Ukrainian journalist Denis Kazansky says, commenting on the two eyewitnesses' statement he recorded on video, adding that they did not know the suspect personally.

"They have no reason to perjure and get prosecuted for concealing the criminal," said Kazansky.

Witnesses added that the police had not summoned them for questioning in the case.

"It's still unclear, why… But it all looks as if the police are interested in pinning a crime on Novikov instead of finding a real criminal. Therefore, there were no key witnesses at the court hearing," the journalist concludes.

As reported earlier, on the morning of July 31, an unidentified perpetrator poured acid on Kateryna Handziuk, a local city council official and acclaimed activist.

As the case gained wide media coverage, the police reported the detention of the suspect, a local resident Mykola Novikov.

Prosecutor General Yuriy Lutsenko earlier forwarded the case to the Security Service of Ukraine as local law enforcers could be behind the attack.

If you see a spelling error on our site, select it and press Ctrl+Enter
Tags:News of UkraineUkraineinvestigationcrimeKherson