Russian-backed insurgents have fired on positions of the Ukrainian armed forces in Donetsk airport from the territory of a nearby Orthodox monastery, the press center of Ukraine’s Anti-Terrorist Operation headquarters reported on Tuesday on its Facebook page. 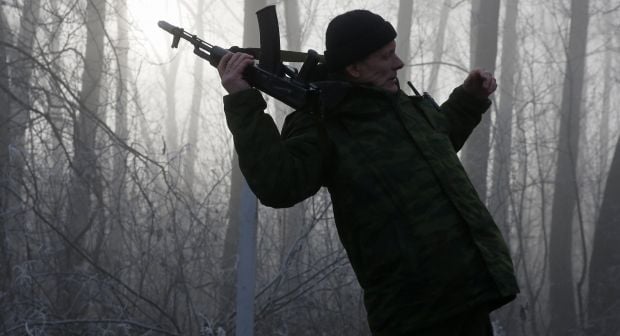 "As of 1300, the Donetsk airport remains the epicenter of the day's events," the report says.

"In general, there have been eight attacks on Ukrainian army positions by Russian-backed militants in the first half of the day, including four attacks on the Ukrainian forces in the Donetsk airport,” the press center said.

“The terrorists have used sniper weapons and grenade launchers on the positions of our [troops]. It is worth noting that the members of the illegal armed groups have continued to use an Orthodox monastery building as their shooting position.

"The insurgents have also attacked the villages of Stariy Aidar, Stanytsia Luhanska and Shastya.

"In all of these cases, Ukrainian soldiers realized the importance of the moment and had the courage and endurance not to return fire on the positions of the insurgents in response to their attacks," the press center said.