Only Ukrainian forces are observing the ceasefire declared on December 9, with the Anti-Terrorist Operation press centre writing on Facebook on Wednesday that Russian-backed militants in Ukraine’s Donbas had attacked Ukrainian forces 26 times over the previous day. 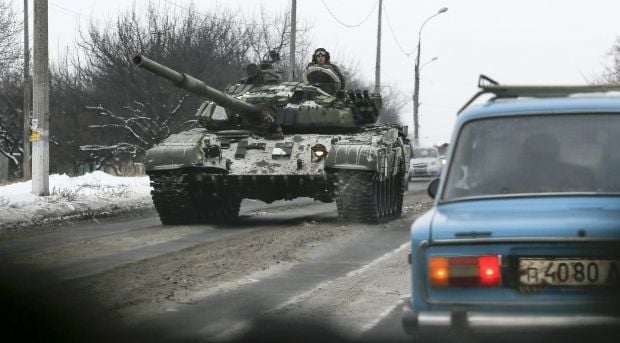 As in recent days, the militants’ attacks were concentrated in the areas around Luhansk, Donetsk, Debaltseve and Pervomaisk. In addition, there were attacks on Shastya, Stariy Aidar, Stanychno-Luhanske, Trekhizbenka, Krymske, Sokolnyky, Pisky, Avdiivka, Nikishyne, Novogrygorovka, and Frunze.

Ukrainian artillery did not return fire. Ukraine’s armed forces have been ordered to cease firing, and not to return fire even if attacked by the militants.

From 0320 to 0440 in the vicinity of the village Talakovka an enemy drone was spotted flying at a height of 2 kilometers.

"Our anti-aircraft gunners were watching it, but, they observed the ‘silence regime’ and did not open fire," the press center statement said.