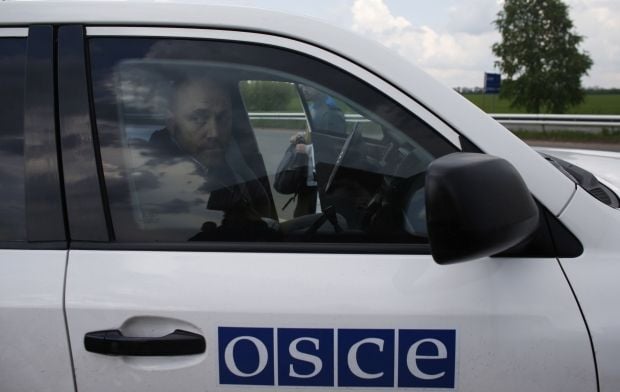 According to TSN, three military trucks arrived at the airport – two trucks carrying 36 Ukrainian soldiers and one with humanitarian aid. The trucks were being driven by men from the self-proclaimed Donetsk People’s Republic group, by mutual consent of both parties.

At the southern side of the terminal, the trucks were then driven by Ukrainian soldiers. When the Ukrainian military came back to the place where the observers and separatists were positioned, the trucks were attacked with automatic weapons.

The OSCE's own report of the incident can be found here.