Sentsov and Balukh are on hunger strike to demand the Russian authorities release all Ukrainian political prisoners. 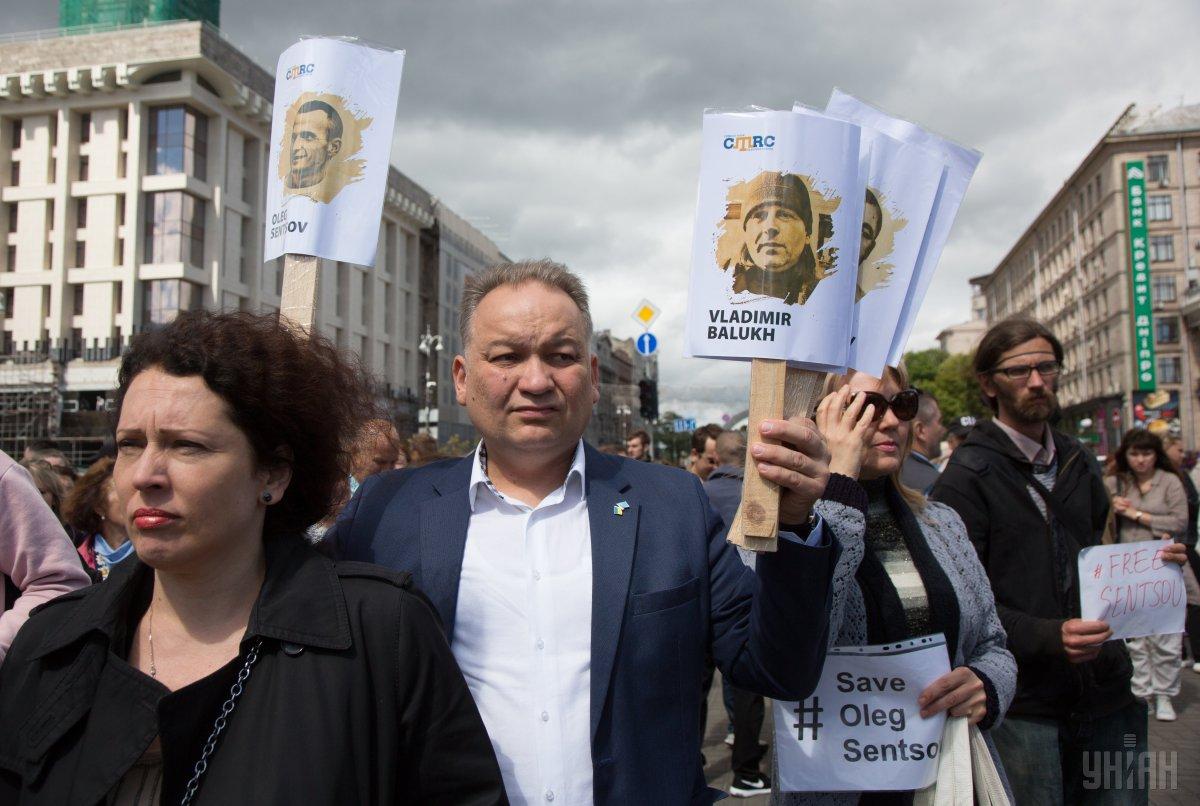 A rally held in Kyiv to support Ukrainian prisoners Sentsov, Balukh and others / Photo from UNIAN

United Kingdom's Minister of State for Europe and the Americas Alan Duncan has called for the immediate release of Ukrainian political prisoners held by Russia.

"On the 100th day of Oleg Sentsov's hunger strike, we remain extremely concerned for Mr Sentsov's health and treatment at the hands of the Russian authorities," he said in a statement posted on the website of the UK's Foreign & Commonwealth Office on August 21.

"Mr Balukh is also on long term hunger strike and it is reported that the conditions of both men are rapidly deteriorating and their lives are under threat," he said.

According to Duncan, it is critical that Russia allows Ukrainian officials and international humanitarian organisations unrestricted access to Sentsov, Balukh and up to 70 other Ukrainian political prisoners.

"No one should be imprisoned for opposing the illegal annexation of Crimea. Russia must now uphold its obligations under international humanitarian and human rights law and release them immediately," he said.

If you see a spelling error on our site, select it and press Ctrl+Enter
Tags:News of UkraineRussiaSentsovUnitedKingdomGreatBritainFreeSentsovLetMyPeopleGoFreeBalukh