Militants massing equipment and troops near Donetsk and Mariupol

Russian-backed insurgents are moving military equipment and troops to the Novoazovskiy and Yasynuvatskiy districts of Donetsk region, National Security and Defense Council spokesman Andriy Lysenko said at a briefing in Kyiv on Thursday, according to an UNIAN correspondent. 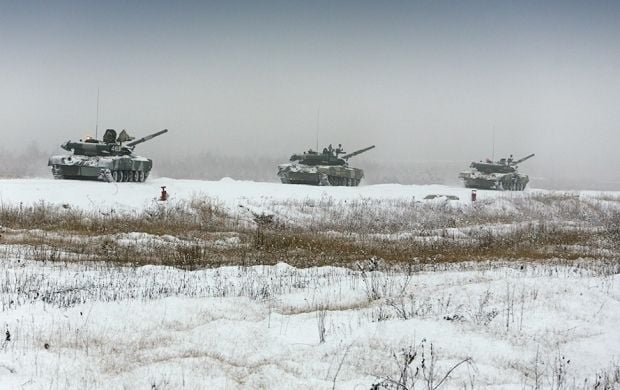 "The Donbas has seen the movement of military hardware,” Lysenko said.

“The terrorists and Russian-backed insurgents are massing their manpower and equipment in the Novoazovskiy and Yasinuvatskiy districts of the Donetsk region.”

He said Russian military officers were attempting to set up a single command structure for the various anti-government armed groups in the Donbas conflict zone.

"In the occupied territories [of Ukraine] Russian overseers are continuing to subordinate the insurgents to a united command center," Lysenko added.