The main symbols of Ukraine are the flag, emblem, anthem, and the Ukrainian language. 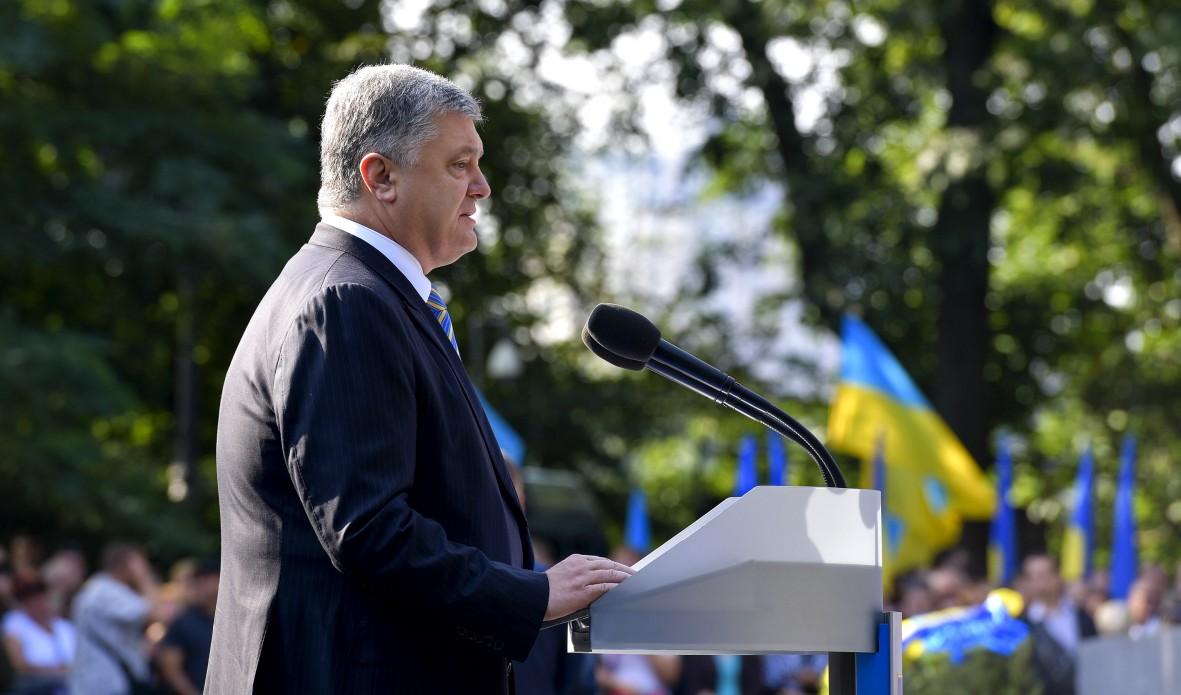 Ukrainian President Petro Poroshenko says that the Ukrainian language is becoming increasingly widespread in the country.

"It is becoming increasingly widespread on the radio, television, in cinematography and bookstores. It is a fact that four years ago we could not even dream of. Those who once abandoned the Ukrainian language return to it and those who did not know it before start learning it. Congratulating you on these positive changes, I would like to sincerely thank Russian-speaking citizens of Ukraine for understanding and perceiving our efforts to develop the official language," the president said in the city of Dnipro at official events on National Flag Day, according to the presidential press service.

The main symbols of Ukraine are the flag, emblem, anthem and the Ukrainian language, he said.

Poroshenko stressed that during his presidency, he, together with the parliament and government, implements a consistent strategy to support the Ukrainian language.

"We are all patriots of Ukraine, but everyone expresses this love to the country in the native language," he said.

According to him, sociologists had recently published a survey that "is pleasantly impressive due to the indicators of patriotism of Ukrainians and pride for their Ukrainian citizenship."

"This is precisely what the enemy did not expect to see," he said, adding that a public opinion poll "only confirms what we feel in our everyday life building a new country and defending Ukraine from the aggressor".