New job at the age of 80. How have the elderly been learning computer literacy for a year in Kyiv and Kharkiv?

After completing the courses, they were able not only to communicate with their relatives using messengers for social purposes, but also to get higher-paid jobs. 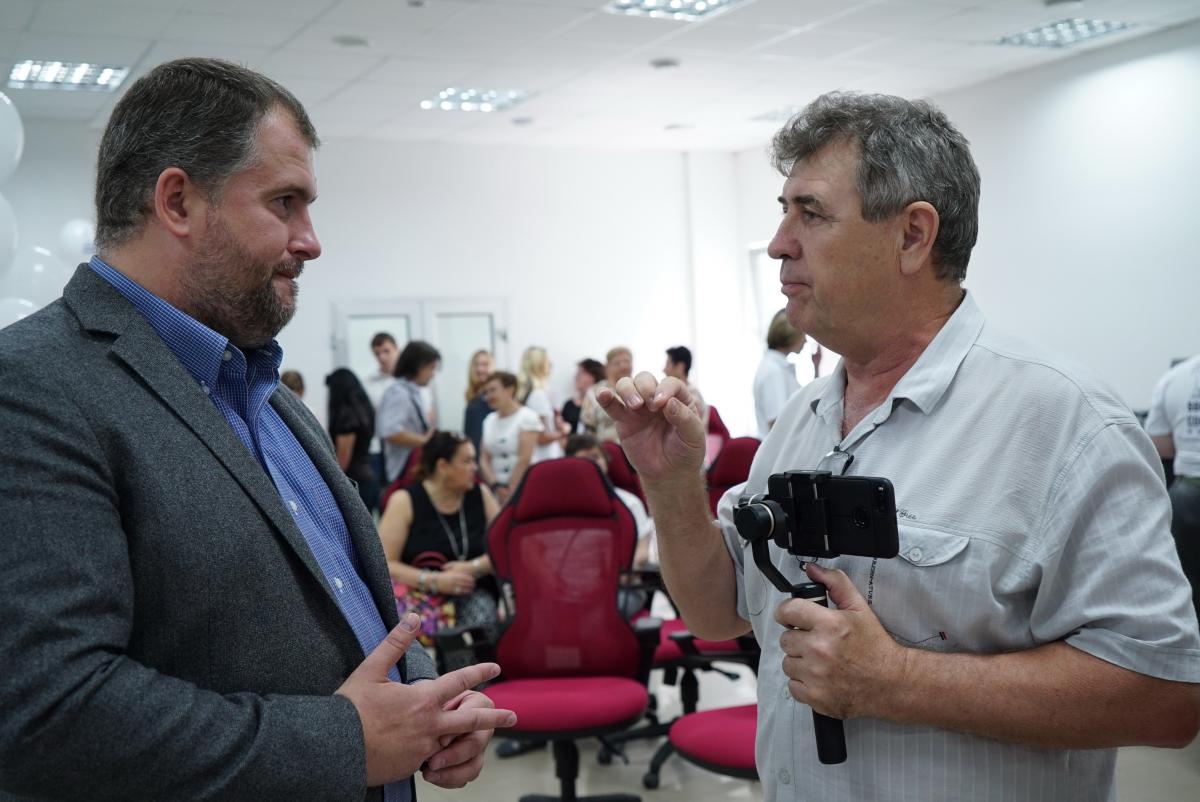 "We opened our computer literacy courses for people over 40 in the summer of 2017. The same year, in October, the parliament passed a bill on pension reform, which stated that 4% of employees in the workplace must be 45 or older. We hope that we also contributed to setting the trend against ageism," says Anton Trubnikov, head of a free social educational project based on the first Software and Computer Museum in Ukraine.

That year, our basic computer literacy courses were attended by more than five hundred elderly people that felt an urgent need to be able to easily use PCs in everyday life. The average age of the students was 65.

After completing the courses, they were able not only to communicate with their relatives using messengers for social purposes, but also to get higher-paid jobs.

"I got excited with the idea of creating the courses when I realized that we have millions of people in our country who have a degree, or even a few, plus life experience, health, and intelligence, but they cannot get decent wages only because they do not know how to use a computer. Moreover, there are many companies that dream of employing these people, because they are loyal, responsible, experienced and value their jobs. I realized that someone should do this – to teach people computer knowledge and special skills," says Trubnikov.

A good example is the story of one of his students. She is 80 years old. Recently, she got a job in one of the companies in Kharkiv – the woman watches who comes to work in the office through a video camera and when they come. This basic knowledge of how to use a computer she acquired through the courses now helps her at work. This woman is not unique. Many students at the end of the course have already registered with LinkedIn, where they actively receive job offers from headhunters.

In addition to teaching minimal technical subtleties of working with smartphones and computers, the teachers of our courses also educate their students in social literacy. Anton Trubnikov says that the majority of those who attend the courses do not know about the existence of the problem of age discrimination in employment: "We explained that an employer has no right to ask the candidates their age, gender or nationality. It is awful when companies write in their job vacancies "we are looking for an expert under 40," or "secretary under 30." It's blatant age harassment."

However, he acknowledged that they still suffer from a lack of volunteers to teach the courses. Today, the project employs more than 25 volunteers, but even this is not enough sometimes. Evening lectures are given by students after work. "We knew that the Ukrainian market is not big enough to support unprofitable projects. We do not have people in line waiting to help," he says.

However, despite this fact, their team plans to expand and increase their geographical coverage. One of the most ambitious tasks for the team today is creation of an international Internet platform, which within 3 to 6 months will teach basic computer literacy to those who do not have it. Trubnikov plans to bring the project to the international level.

"For this reason, we come to a quite logical question: how can a person who does not know how to use a computer find our course? We have a technique that we are now trying and testing. We have two ways of reaching these people. The first is, of course, children and grandchildren that can help us set up basic infrastructure for the device usage. The second one is to create offline teaching classes. We plan to find volunteers in other Ukrainian cities who can find a room, put in projectors and connect students with us. When online, we will give our students more detailed information. Our system will give them advice about absolutely everything – starting with such things as how to use the cursor right. For us, this may seem very funny now, but elderly people do not know how to sign in to Gmail and what it is," says Trubnikov.

In Kharkiv on August 29, we held a press conference dedicated to the anniversary of the first Software and Computer Museum in Ukraine. Free courses on increasing computer literacy among the elderly are the main focus of the museum, along with regular free tours around the museum.

The Software and Computer Museum project has already been recognized by world-famous computer museums all over the world. What is more, in the first year of work, the museum team opened two branches in Kyiv and Kharkiv and signed a memorandum with a number of major universities around the country. 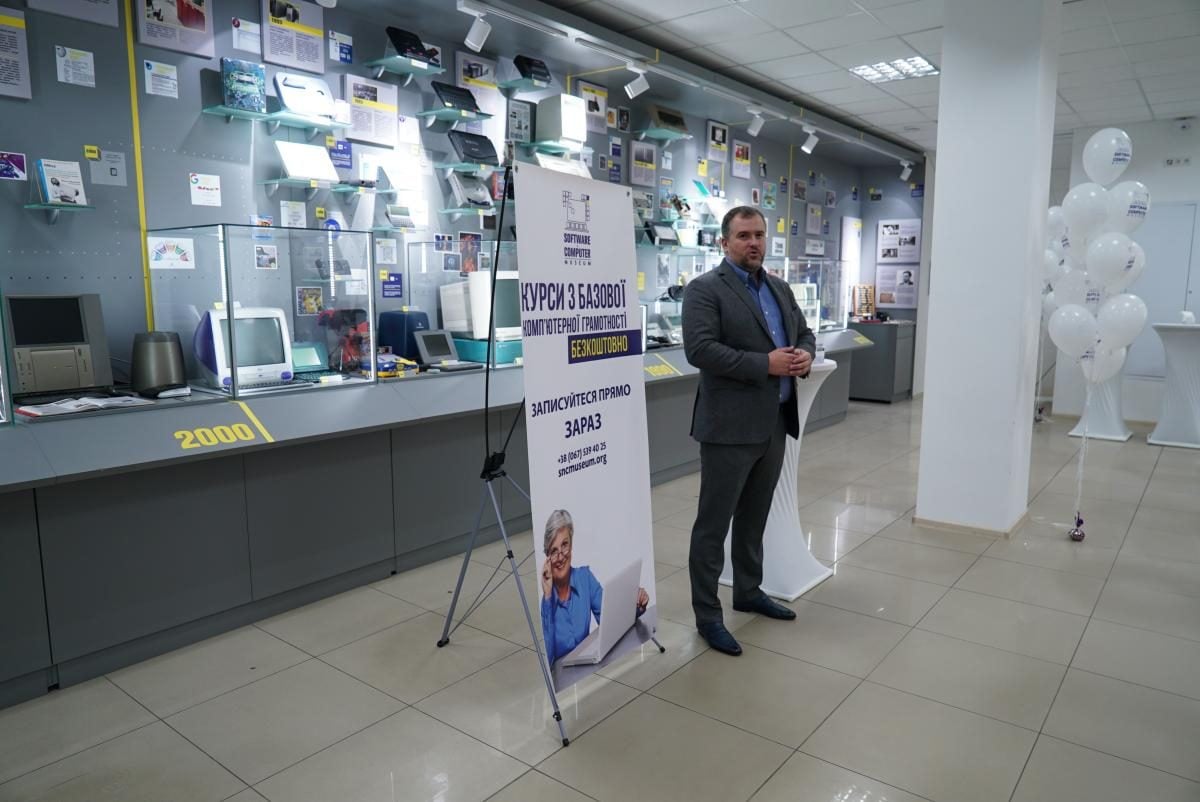 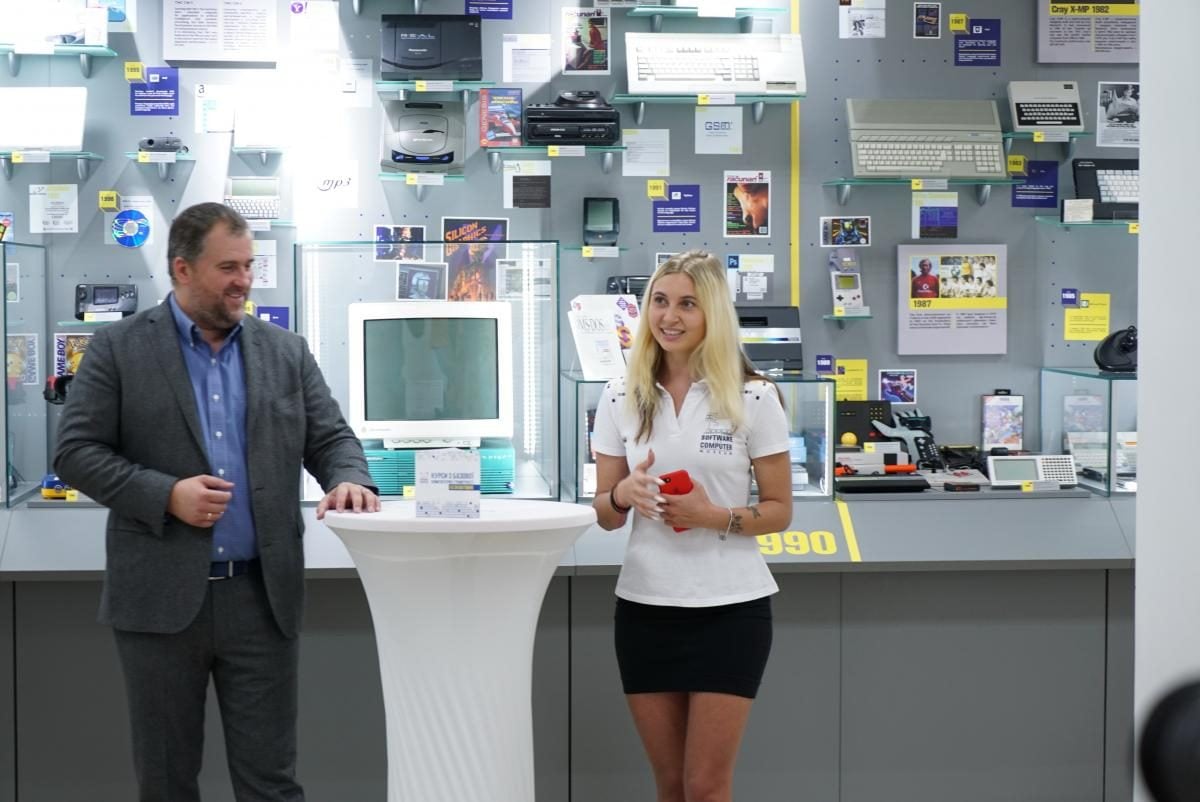 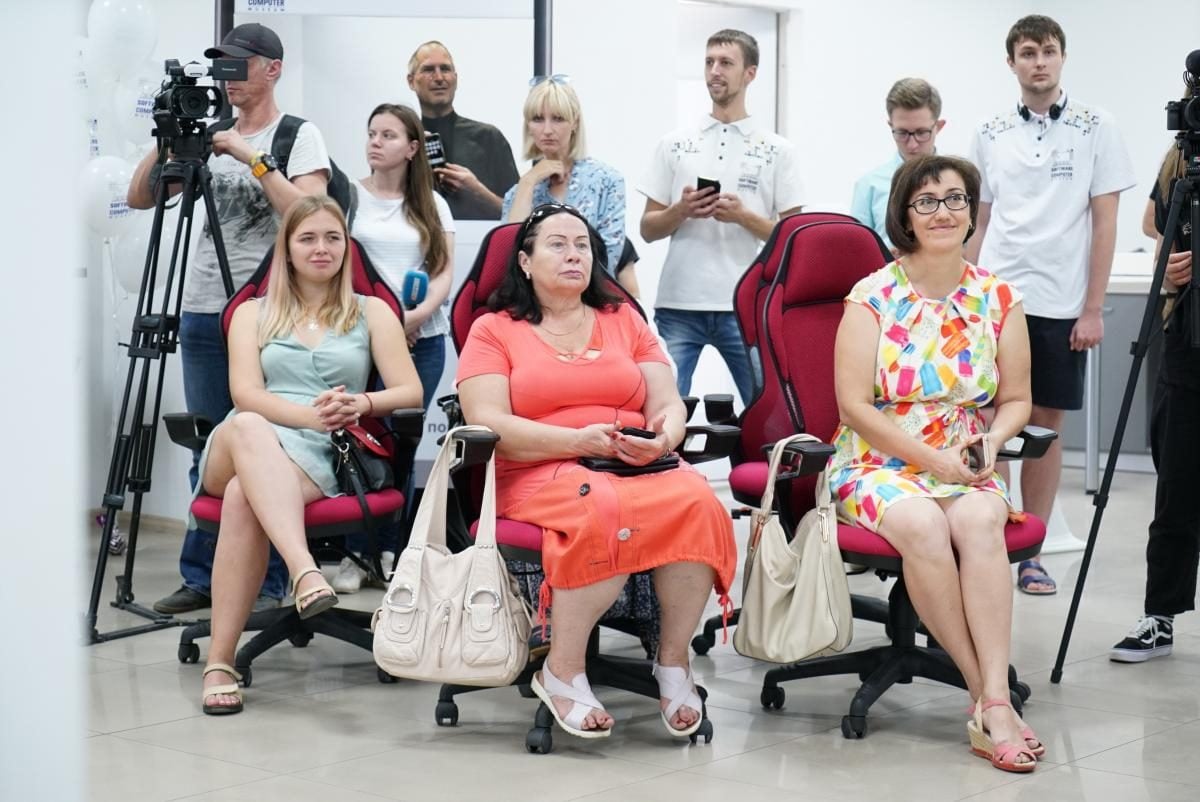 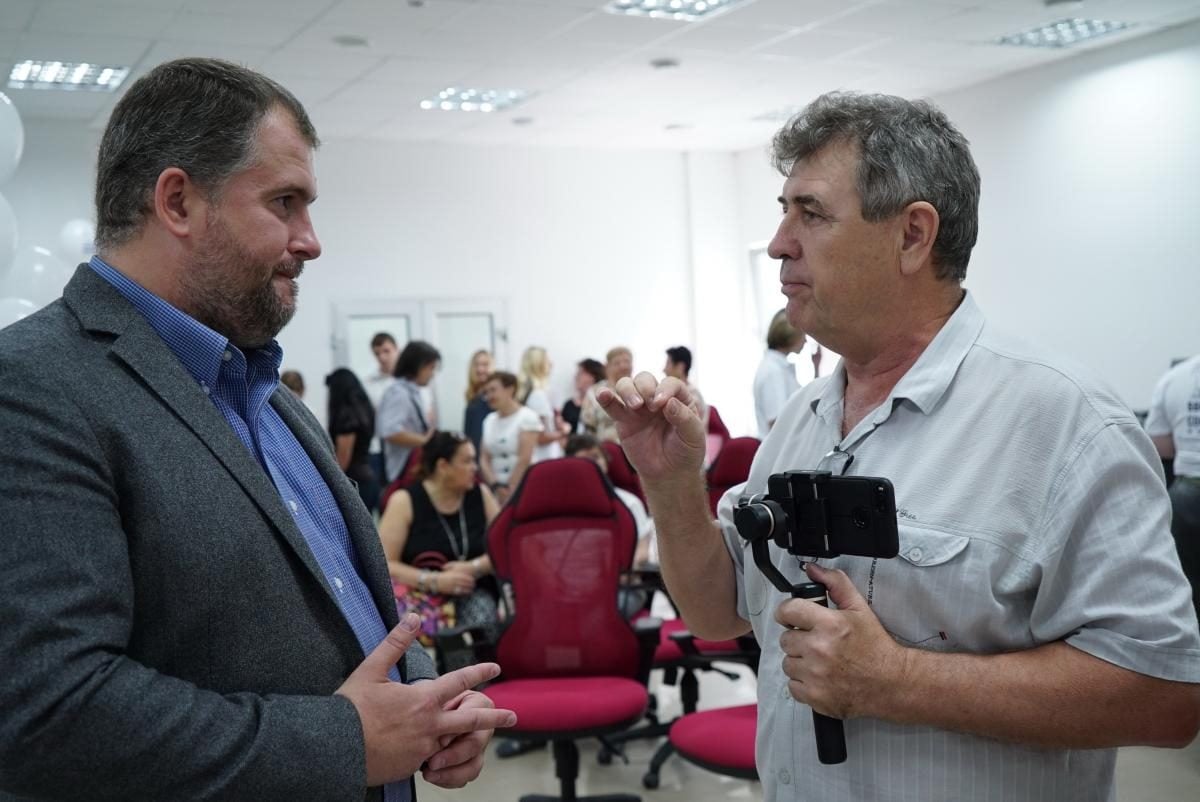 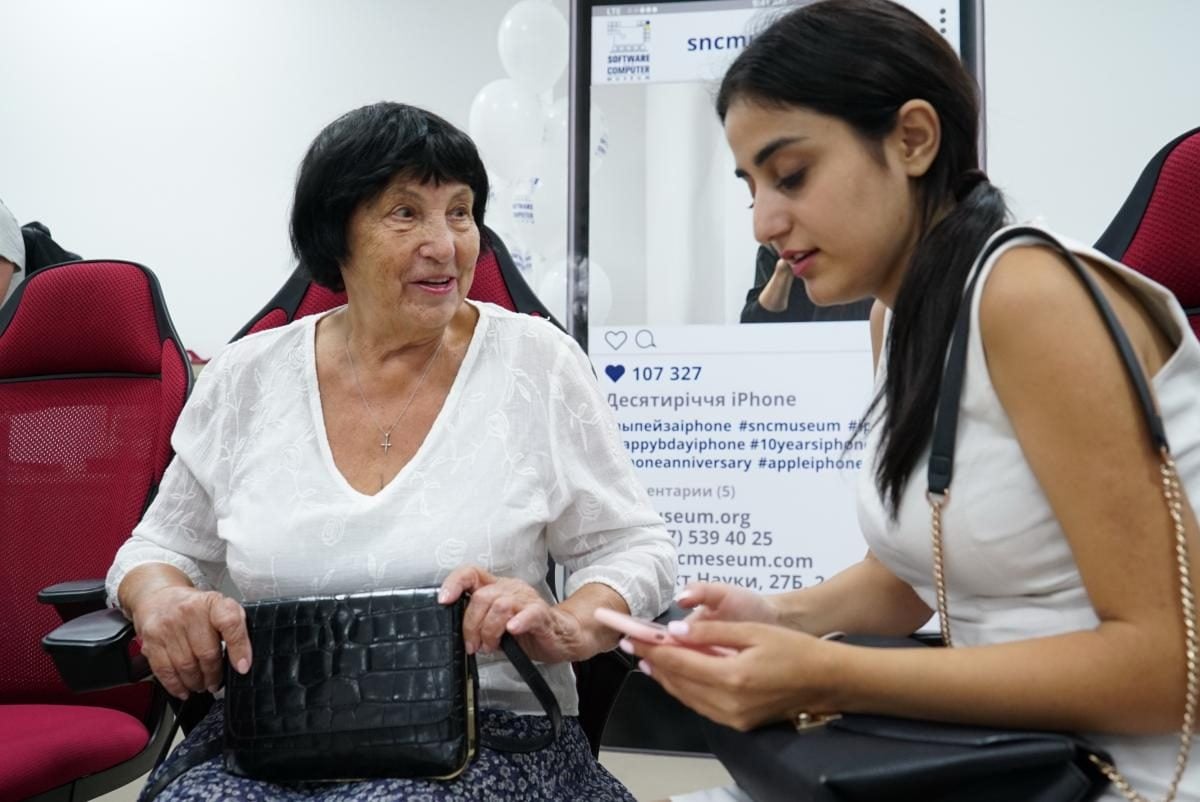 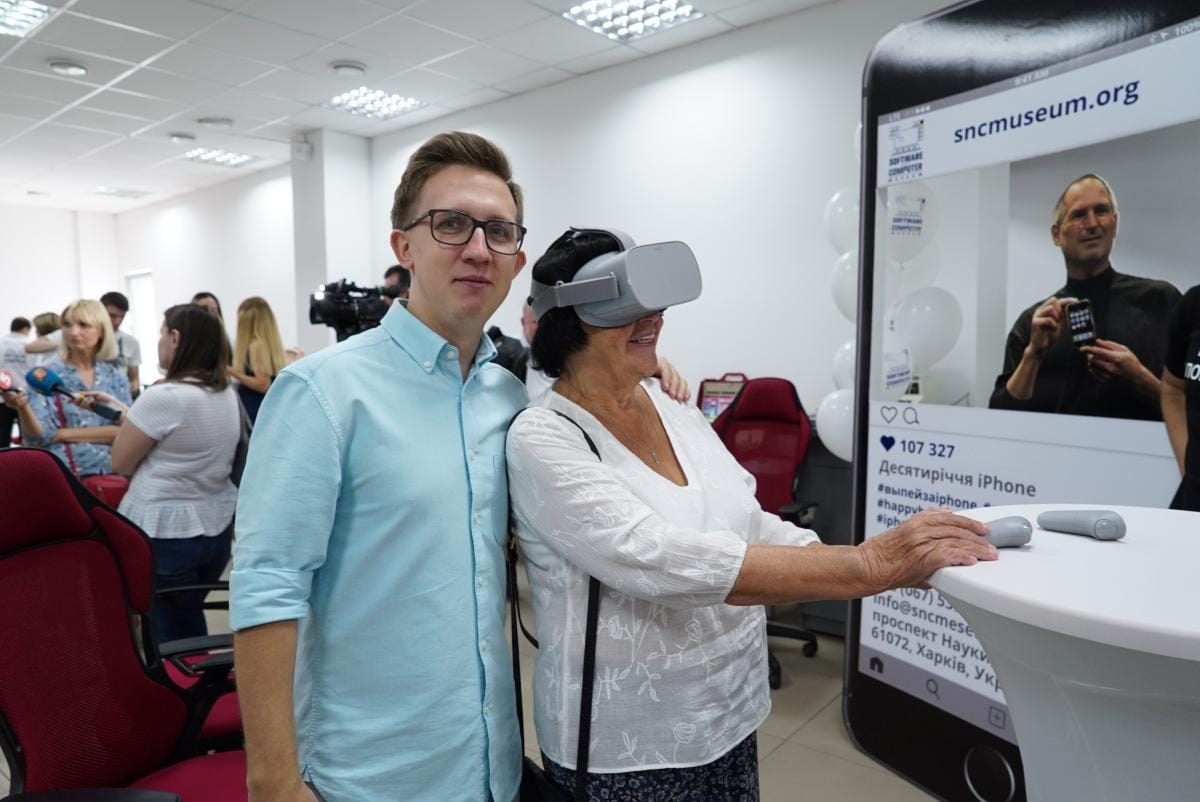 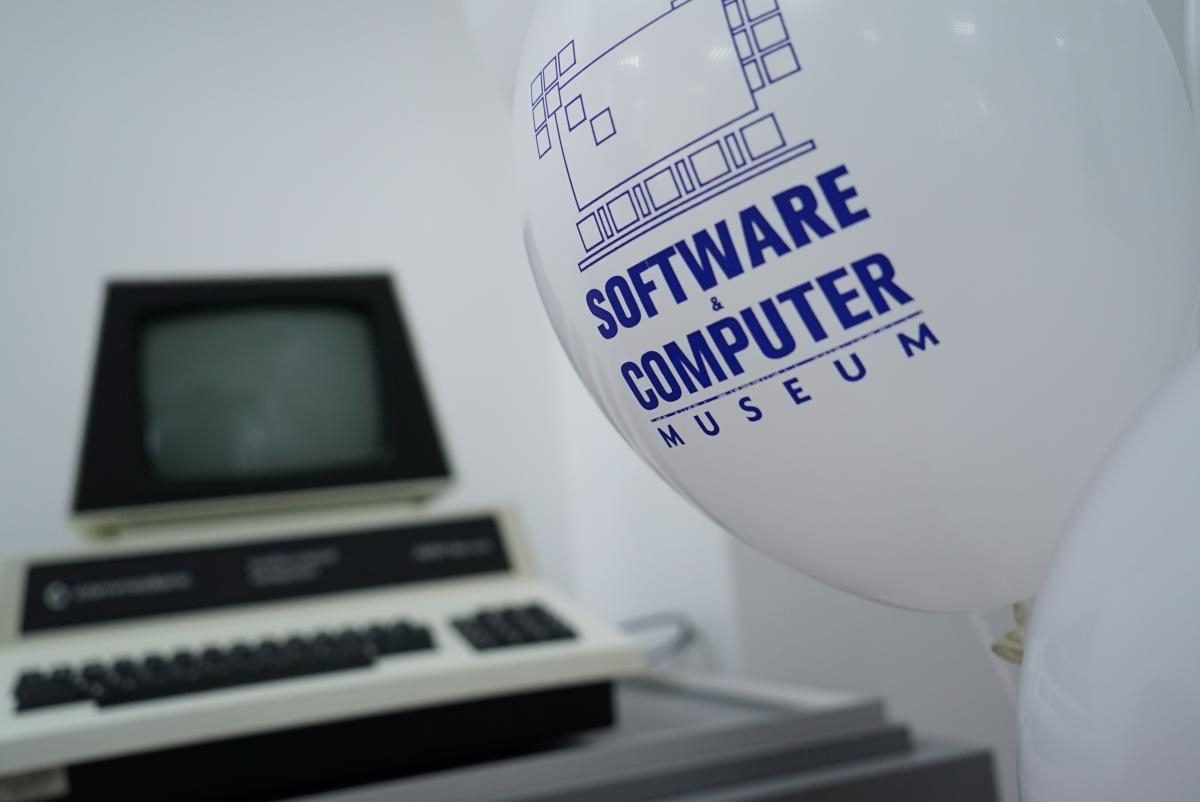 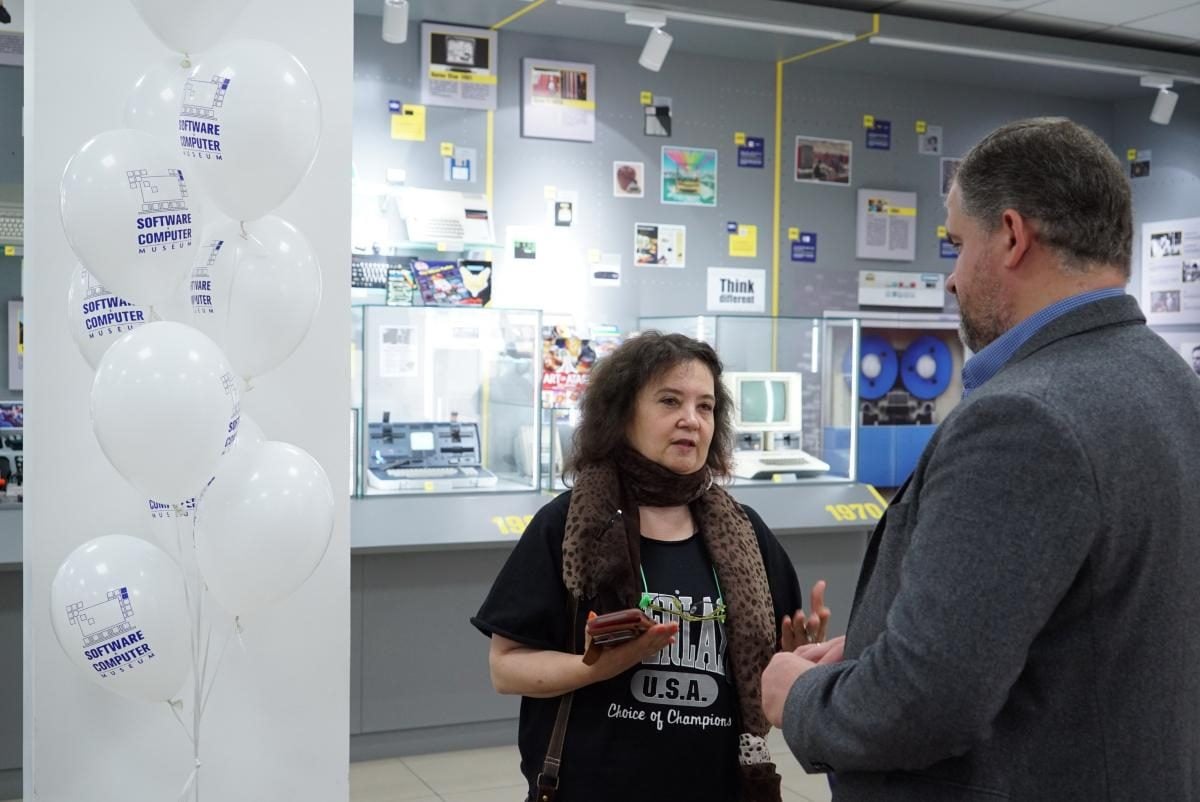 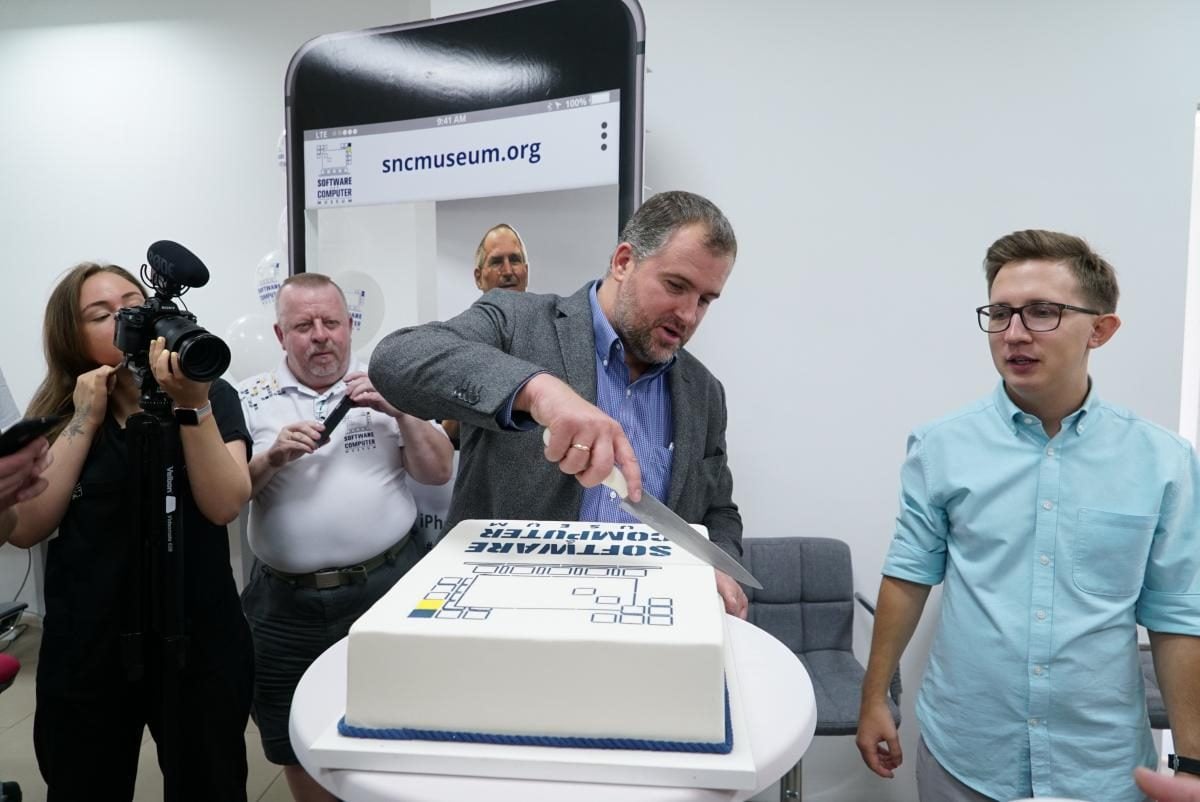 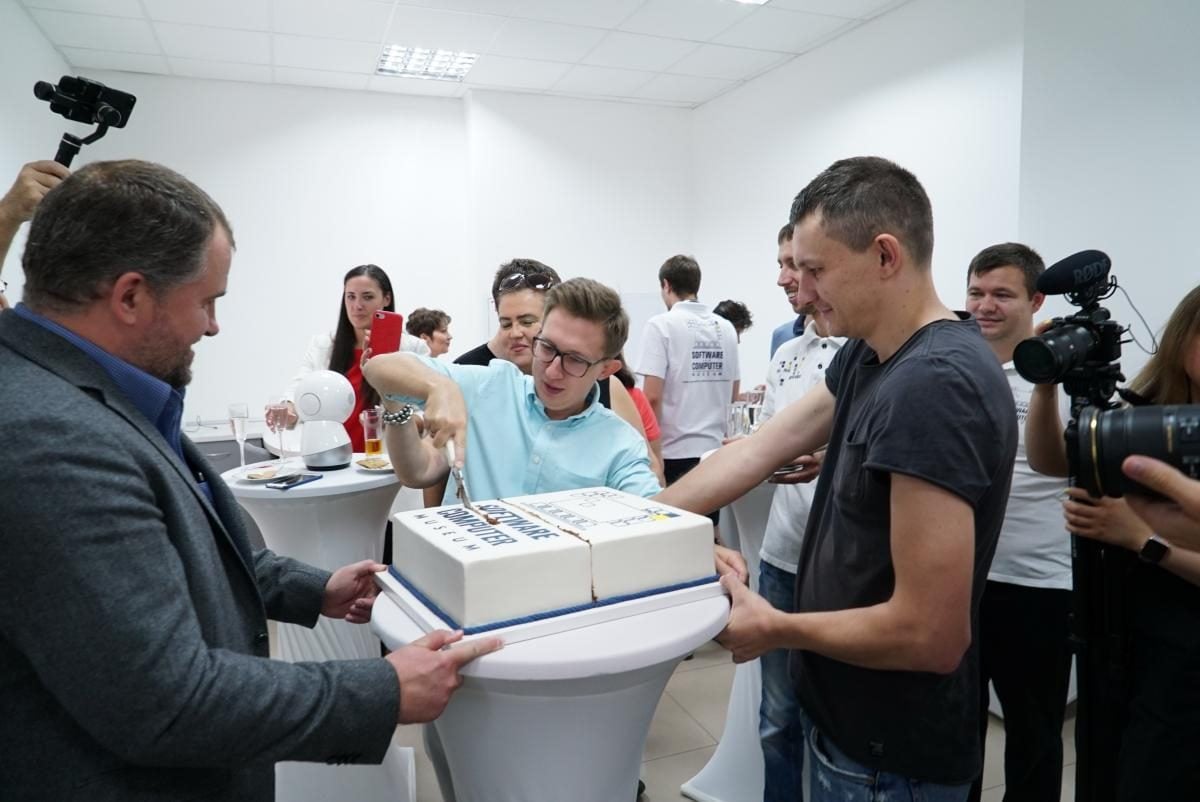 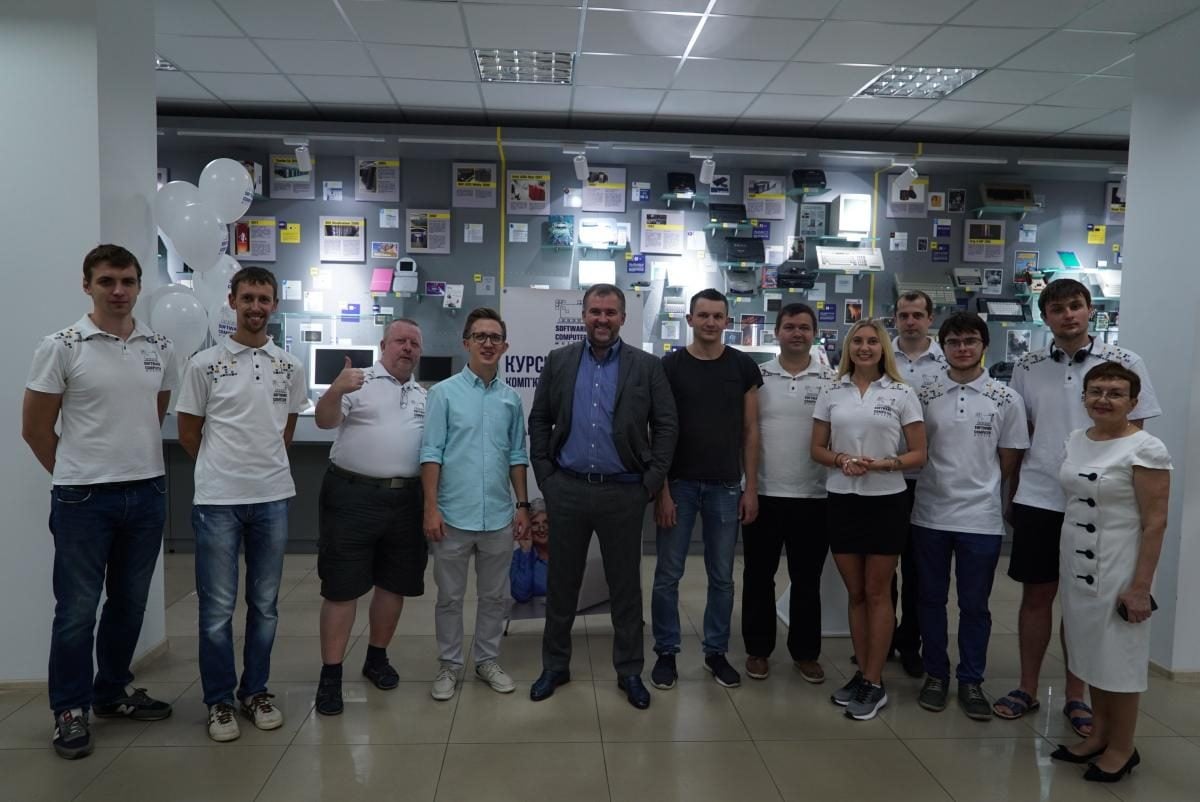 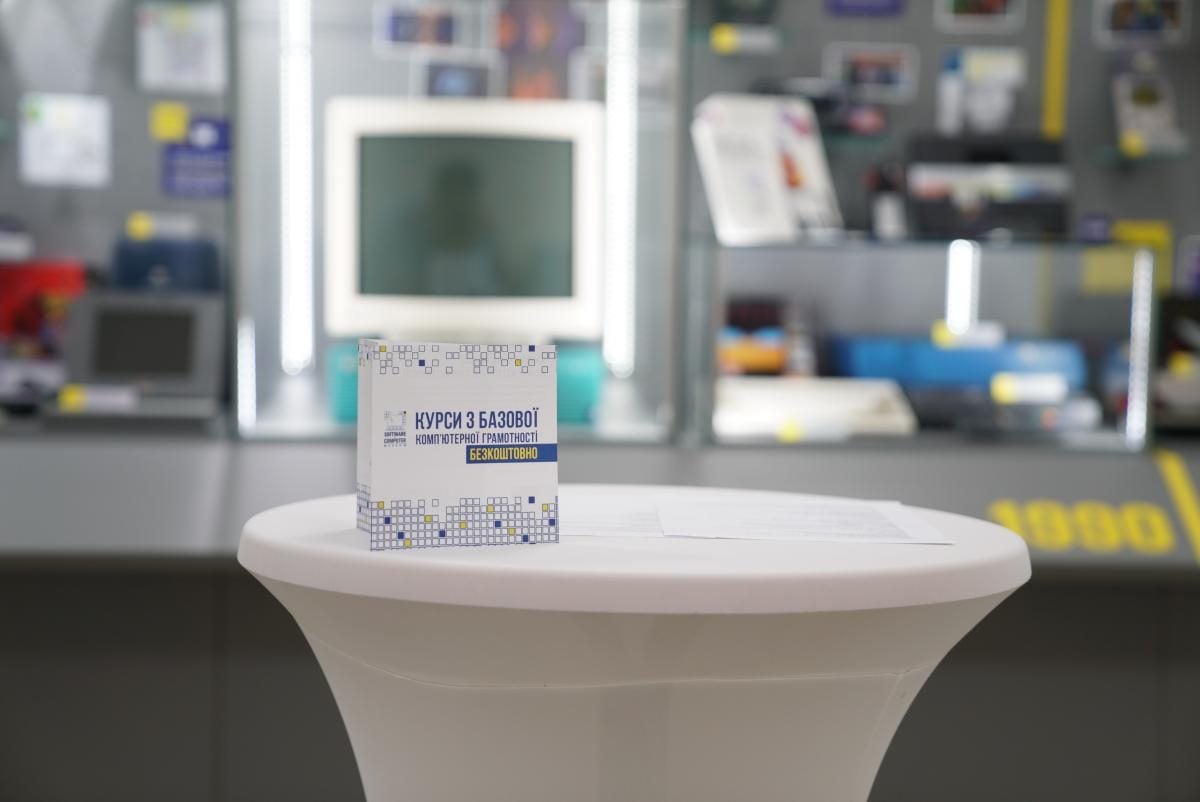 © SnC Museum
If you see a spelling error on our site, select it and press Ctrl+Enter