The IED was triggered by a telephone call. 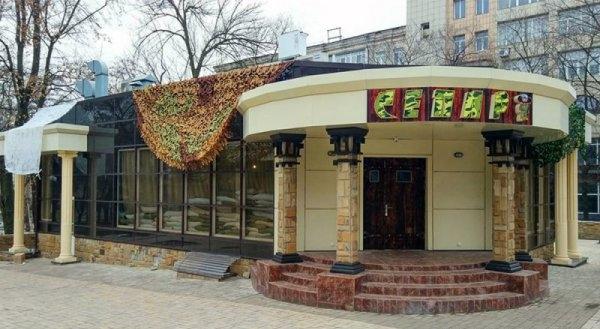 The deadly explosive device, set off in the Separ café in the center of the occupied Donetsk, killing the self-styled "DPR leader" Alexander Zaakharchenko, was planted either in a chandelier or a floor lamp inside the building, preliminary data say.

To set off the IED, it was enough to make a single phone call, the law enforcement sources told Russia's Kommersant newspaper, adding that it was practically impossible to plant a bomb without the assistance of people close to Zakharchenko.

The Kommersant points out that the café belongs to a chief of "DPR" leader's security. High-ranking guests were often visitors of the location, so the "Separ" cafe was a fairly tightly guarded place.

In this regard, local security forces are looking for accomplices in the crime among Zakharchenko's closest associates, the sources say.

At the same time, the man who actually put the IED into operation was near the cafe at the time of the explosion as he had to see when Zakharchenko arrived at the scene. The sources believe the perpetrator made the call, which triggered the IED as soon as the warlord entered the building.

As UNIAN reported, on August 31, head of the self-proclaimed "Donetsk People's Republic" Alexander Zakharchenko was blown up in a Donetsk restaurant "Separ" and died at a local hospital.

Russian Foreign Ministry spokeswoman Maria Zakharova blamed "Kyiv regime" for the murder and demanded that the West guarantee an  unbiased investigation into the incident.

If you see a spelling error on our site, select it and press Ctrl+Enter
Tags:News of UkraineDonbasDPRexplosionassassinationblastDonetskZakharchenkoIED