A band spokesman says the negative comments have been mainly from Ukrainian journalists and bloggers. 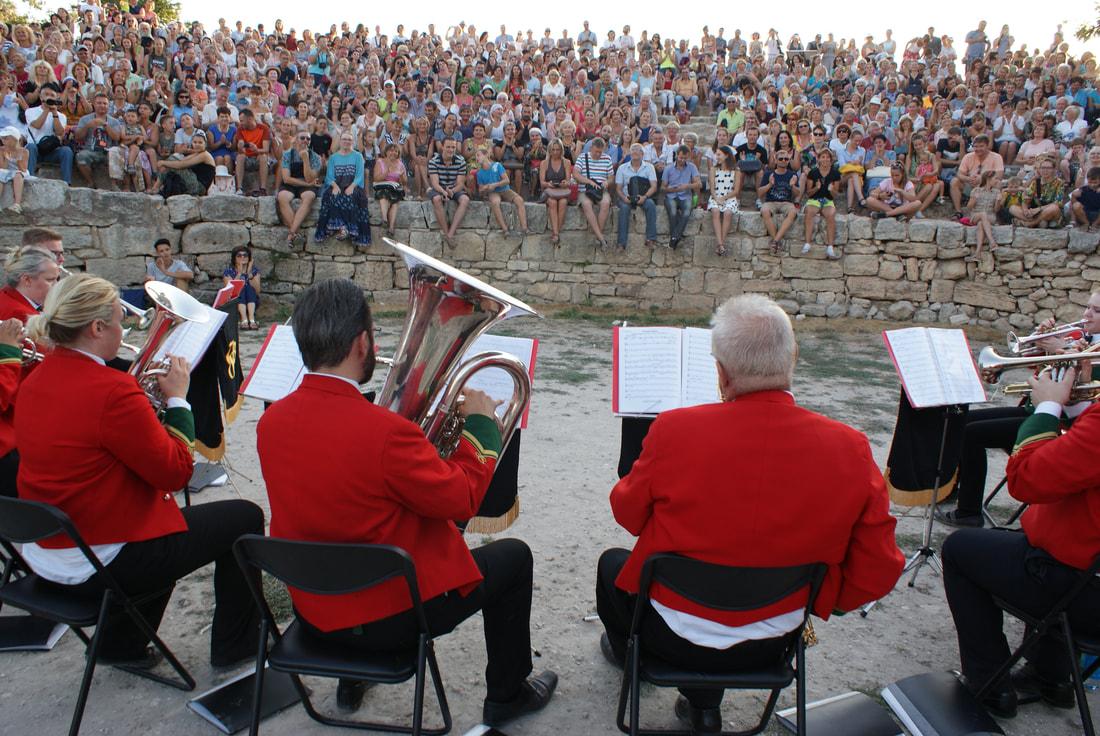 A brass band has sparked a diplomatic row by performing a string of concerts in Russian-occupied Crimea.

Symphonic Brass Wales, which has previously performed at the Royal Albert Hall and at Six Nations rugby matches, played in six Crimean towns and cities during a 'truly incredible' 12-day tour of the region last month, The Daily Mail reported.

But Natalia Galibarenko, Ukraine's ambassador to the UK, accused the band of 'legitimising Russia's illegal annexation of Ukrainian Crimea' which happened in 2014.

In a strongly worded letter ahead of the tour, she said: 'The Russian Federation is currently under international sanction of the EU, US and many other countries.

'I would like to request your organisation to cancel any event which may take place in the occupied territory of Ukraine.'

The ten-piece band, which describes itself as a group of 'musical ambassadors for Wales', went anyway and performed in cities such as Sevastopol and Simferopol.

Describing one concert during the tour, Craig Roberts, the ensemble's musical director, told Russian media: 'We had a fantastic time. The audience has been absolutely incredible.'

A band spokesman said last night: 'Following our return to the UK, we have received a number of messages, both positive and negative.

The negative comments have been mainly from Ukrainian journalists and bloggers.

'We went to Crimea to give a series of concerts for the people of the region and we hoped to see with our own eyes the current situation.'

As UNIAN reported earlier, under Ukraine's current migration rules, the only lawful way of entering Russian-occupied Crimea is to cross the administrative border between mainland Ukraine and the Crimean peninsula.

If you see a spelling error on our site, select it and press Ctrl+Enter
Tags:News of UkraineRussiaCrimeaGreatBritainoccupiedCrimeaviolations