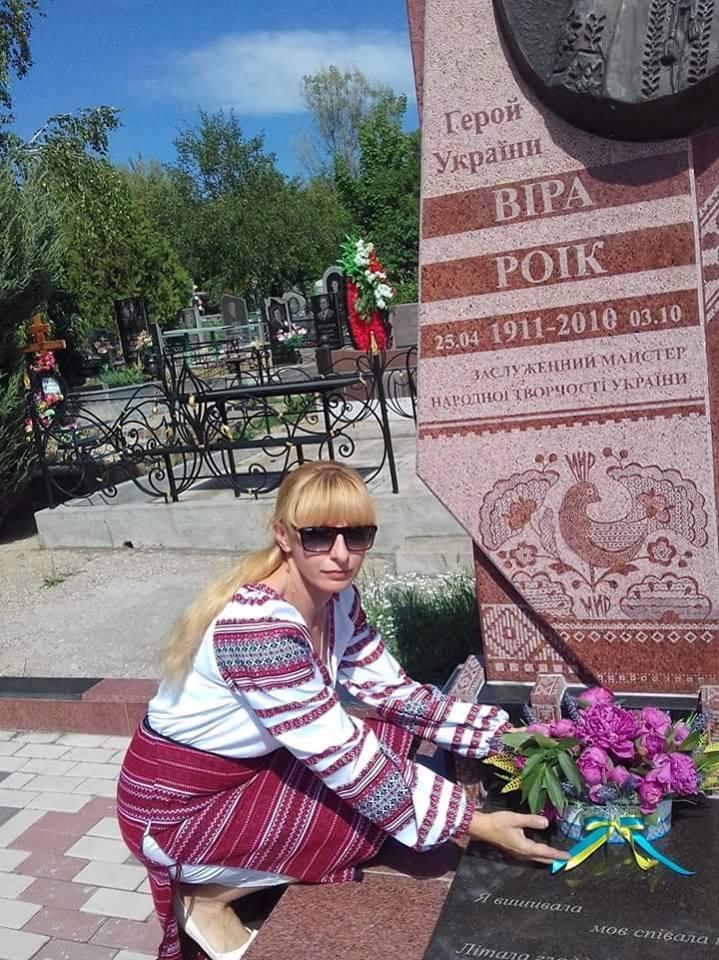 Olha Pavlenko, an activist from Ukraine's Crimean Peninsula, has fled the Russian-occupied region after her home in Simferopol was searched by Russia's Federal Security Service (FSB) and she was questioned by agents from Russia's Investigative Committee.

A Crimea-based correspondent from Ukraine's Hromadske Radio, Mykhaylo Batrak, said on September 2 that he also fled the Russian-occupied region with Pavlenko after she was investigated over alleged ties with "a terrorist organization in Ukraine," Radio Free Europe / Radio Liberty (RFE/RL) said.

Batrak said on September 2 that he and Pavlenko initially went to the southern Ukrainian city of Kherson, which is adjacent to the territory seized by Russian military forces and illegally annexed by the Kremlin in 2014.

Pavlenko, an activist of the Ukrainian Culture Center in the Crimean capital of Simferopol, told RFE/RL that FSB agents searched her home on August 29 – confiscating her mobile phone, flash-memory cards, and notebooks containing poems and songs.

Pavlenko said FSB agents told her she was suspected of having ties to Ukraine's nationalist Right Sector, a group that Russia has banned as a "terrorist" organization.

Pavlenko said she was interrogated by the Investigative Committee shortly after her home was searched.

The Ukrainian Culture Center in Crimea is a group that promotes Ukrainian culture and language in the region.

Its activists have been under pressure since Russian military forces seized the Ukrainian territory in 2014.

One of the center's leaders, Leonid Kuzmin, fled Crimea in 2017 after he received anonymous threats and was pressured by police.

Russian-imposed authorities in Crimea have prosecuted and imprisoned several Ukrainians on what rights activists say are trumped-up, politically motivated charges.

If you see a spelling error on our site, select it and press Ctrl+Enter
Tags:News of UkraineCrimeaRussianAggressionFSBCrimeaAnnexationhumanrights